Christ as Centre and Circumference: Essays Theological, Cultural and Polemic

Montgomery is considered by many to be the foremost living apologist for biblical Christianity. A renaissance scholar with a flair for controversy, he lives in France, England and the United States. 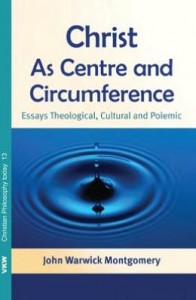 He is an ordained Lutheran clergyman, an English barrister, an avocat à la cour, barreau de Paris, and is admitted to practice as a lawyer before the Supreme Court of the United States. He obtained acquittals for the ‘Athense 3′ missionaries on charges of proselytism at the Greek Court of Appeals in 1986 and won the leading religious liberty cases of Larissis v. Greece and Bessarabian Orthodox Church v. Moldova before the European Court of Human Rights.