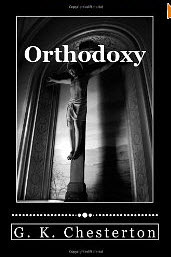 The Christian religion, specifically Catholicism, is a religion that not only is compatible with liberalism, but is itself thoroughly liberal. From its perspective, though, modern thought has to be thoroughly examined and the falsities within it have to be purged. The assumption of many modern thinkers, for example, is that imagination is something to be avoided, some going so far as to suggest that overindulgence in the imaginary can lead to insanity. Insanity, however, really is caused by relying too much on reason and leaving nothing mysterious. Attempting to explain everything with logic leaves the world small and the mind becomes incarcerated in it.

One line of seemingly logical thought is skepticism, but if taken to its extreme, it spells the death of all thought. If one starts doubting everything, then one must doubt reason itself, and, if reason is doubtful, thought is useless.