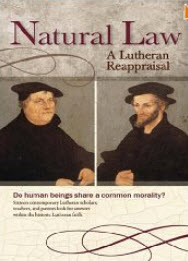 Why the Natural Law Is Necessary
No contemporary thinker is interested in a wooden repristination of the natural law that is tied necessarily to the particular metaphysical foundations in the Thomistic–Aristotelian synthesis. The history of natural law shows a wide variety of interpretations and applications. But they all have some elements in common. They all oppose cultural relativism, the notion that laws are mere moral conventions that vary among societies, with no transcendent ontological claim to being universally valid and binding. To the contrary; those who hold to the natural law believe that for a law to be just, it must conform to the structure of reality itself and not depend on the oscillating opinions and preferences of human beings. The law must be the same for all human beings and at all times, so that if murder is morally wrong in America, it is equally so in Asia and Africa. If torture is to be condemned as evil in Jerusalem, it must be equally so in London and Tehran. The United Nations’ Declaration of Human Rights formulates rules with respect to freedom and equality that are binding on all nations and peoples, not because of any majority vote, but because of an inherent correspondence between reason and nature. That is what is meant by saying that the Law is “written on the hearts” (Romans 2:25) of all human beings.
– Carl Braaten –