Home » BookTalk – “The Menace of Multi-Culturalism: The Trojan Horse in America” (pt.2)

The Menace of Multi-Culturalism: The Trojan Horse in America 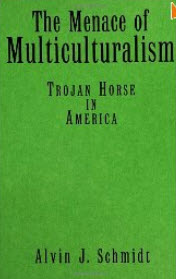 n this broad condemnation of multiculturalism, the author works to uncover pernicious errors in the arguments of diversity’s proponents and to sound a warning against the dire consequences for American culture if the tenets of political correctness are incorporated into our social structure. Schmidt begins by exposing multiculturalism, not as a movement aimed at expanding democratic ideals, but rather as a crypto-Marxist political ideology that seeks to import Marxist concepts into social and cultural institutions. Subsequent chapters then illuminate a number of dismaying trends: a tendency toward historical revisionism in multiculturalist arguments, the sly linguistic maneuvering and limits on speech that characterize political correctness, and the dismantling of the traditional image of the family unit—the primary building block of American society. Schmidt concludes with a rousing admonition to expel from our midst the latter-day Trojan horse that is multiculturalism. 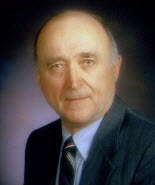 Casting a troubled glance over the list of social ills plaguing America today—besieged inner cities, divisive racial politics, diminishing educational standards, and rampant divorce and illegitimacy—we have cause to wonder whether the advocates of multiculturalism represent the solution or the source of the problem. In this rousing condemnation of the multiculturalist agenda, the author fixes an unflinching critical gaze on the subtle deceptions and wrongheaded conclusions at work in the arguments for cultural pluralism, moral relativism, and political correctness. An exhaustive and damning account of multiculturalisM&Apos;s wages and a compelling argument for the importance of traditional American values make this book essential reading for anyone concerned about our country’s present plight and future prospects.

Wrestling With the Basics - Philadelphia, the Earthquake City