August Crull and the Story of the Lutheran Hymn-book 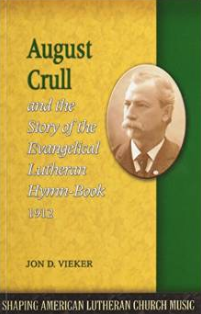 August Crull (184501923) edited and compiled the first edition of the Evangelical Lutheran Hymn-Book (1889), thus playing a critical role in shaping the hymnic tradition of The Lutheran Church Missouri Synod as it transitioned from German to English. This study tells the story of Crull’s pioneering labor int he formation of this seminal hymnal and documents the twenty-year journey to its final edition in 1912, which became the first, official English-language hymnal of The Lutheran Church Missouri Synod