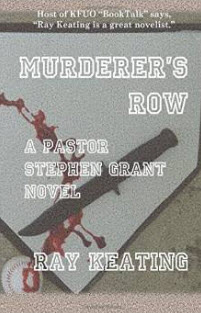 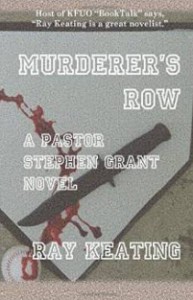 How do rescuing a Christian family from the clutches of Islamic terrorists, minor league baseball in New York, a string of grisly murders, sordid politics, and a pastor, who once was a Navy SEAL and CIA operative, tie together? Find out in MURDERER’S ROW: A PASTOR STEPHEN GRANT NOVEL by Ray Keating. Ray Keating has been called “a great novelist” by the host of “BookTalk” radio. A Washington Times reviewer, who happens to be a pastor who once worked for the CIA, noted, “Mr. Keating also allows you to discover how each of his characters tick in a style and tone reminiscent of some of the best-loved books of all time.” MURDERER’S ROW is the fifth Pastor Stephen Grant novel, and Keating serves up fascinating characters, gripping adventure, and a tangled murder mystery, along with faith, politics, humor, and, yes, baseball. Ray Keating said, “In this Pastor Stephen Grant thriller, I enjoyed bringing baseball into the exciting world of Pastor Stephen Grant, and his family, friends, and former CIA colleagues. I hope readers have as much fun reading MURDERER’S ROW as I had writing it.” Discover Pastor Stephen Grant and his world of intrigue, faith, action, love and murder.

Thy Strong Word - 1 Corinthians 16 "The Collection for the Saints"