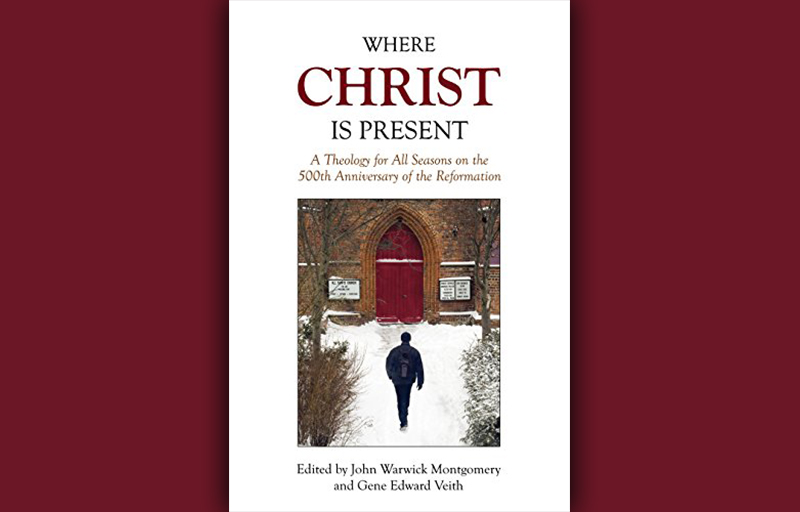 Home » BookTalk – Where Christ Is Present: A Theology for All Seasons on the 500th Anniversary of the Reformation 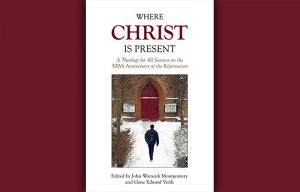 Where Christ Is Present: A Theology for All Seasons on the 500th Anniversary of the Reformation

Find your copy on Amazon.

Five hundred years ago, the church of Jesus Christ underwent a Reformation.

A lot happened after Martin Luther posted his 95 theses on the castle church door in Wittenberg. But the fallout was not simply the start of Protestantism. The Roman Catholic Church also recast itself in response to Luther’s call for reforms. And contrary to common belief, Martin Luther did not set out to start a new church. Rather, he was trying to reform the church that already existed by reemphasizing its essence–namely, the “good news” (the gospel) that Jesus forgives and saves sinners.

The unity of the church was broken when the pope rejected this call for reform and excommunicated Luther, starting a chain of events that did lead to the institutional fracturing of Christendom and to a plethora of alternative Christian theologies. But, as many – including conservative Catholics – now admit, the church did in fact need reforming. Today, the church – including its Protestant branches – also needs reforming. Some of the issues in contemporary Christianity are very similar to those in the late Middle Ages, though others are new. But if Luther’s theology can be blamed – however unfairly – for fragmenting Christianity, perhaps today it can help us recover the wholeness of Christianity.
The religious climate in the early 21st-century is simultaneously highly religious and highly secularized. It is a time of extraordinary spiritual and theological diversity. In the spirit of the anniversary we are observing, this book will propose the kind of Christianity that is best suited for our day. The remedies offered here are available by way of the same theology that was the catalyst for reforming the church five hundred years ago.

Wrestling With the Basics - Anxiety and Seeking the Kingdom in Luke 12:22