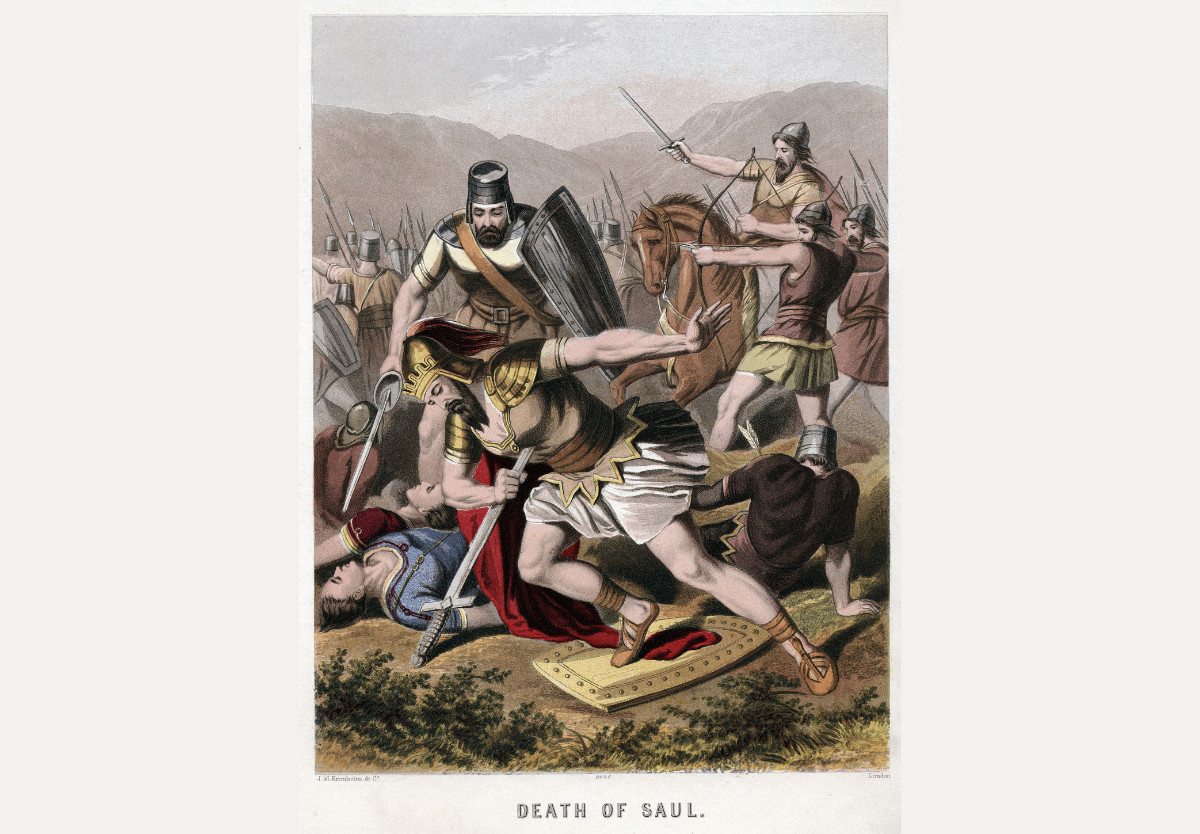 “He was badly wounded by the archers. Then Saul said to his armor-bearer, ‘Draw your sword, and thrust me through with it, lest these uncircumcised come and thrust me through, and mistreat me.’” Riddled with arrows and barely able to move, Saul knows he doesn’t have much time left in chapter 31. His actions spare Israel further scandal at the hands of the Philistines, but already their “gospel” of cruelty sends out shockwaves of fear. Yet Jabesh-gilead remembered when Saul saved them from Nahash, and they boldly recovered his body to give Saul a proper burial. Even in this dark hour, the Christ-like boldness of faith that David exemplified was not extinguished, and God continued to work good from evil towards the true gospel of David’s Son.

The Death of Saul

8 The next day, when the Philistines came to strip the slain, they found Saul and his three sons fallen on Mount Gilboa. 9 So they cut off his head and stripped off his armor and sent messengers throughout the land of the Philistines, to carry the good news to the house of their idols and to the people. 10 They put his armor in the temple of Ashtaroth, and they fastened his body to the wall of Beth-shan. 11 But when the inhabitants of Jabesh-gilead heard what the Philistines had done to Saul, 12 all the valiant men arose and went all night and took the body of Saul and the bodies of his sons from the wall of Beth-shan, and they came to Jabesh and burned them there. 13 And they took their bones and buried them under the tamarisk tree in Jabesh and fasted seven days.

A Moment for the Family: Comfort Entertainment