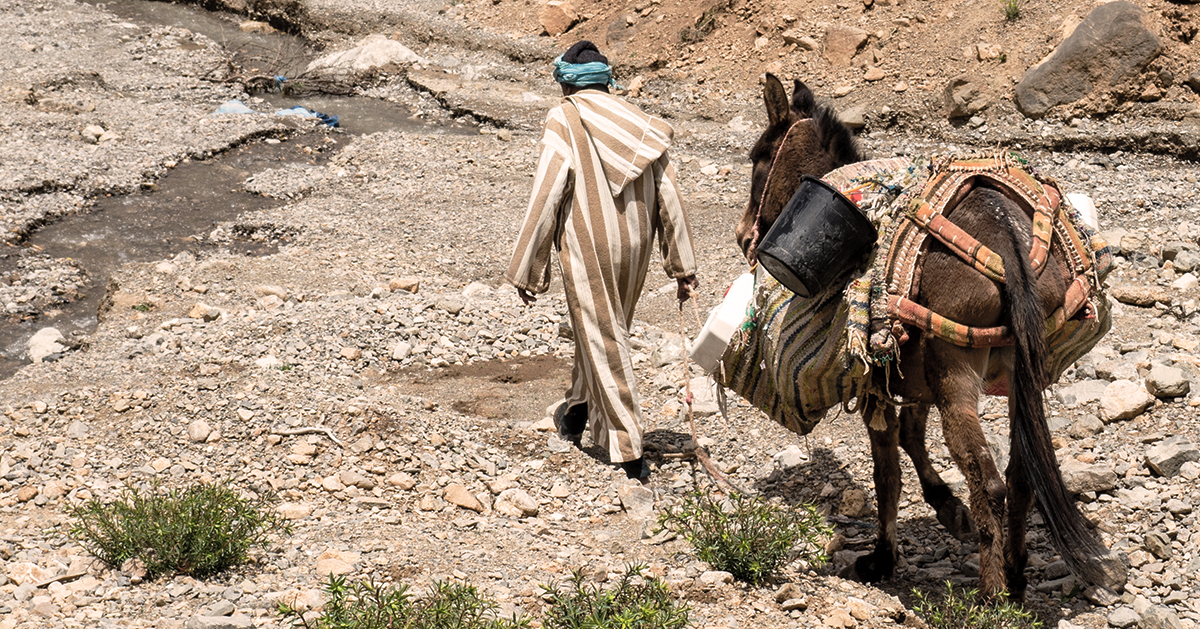 Rev. Sean Kilgo, pastor of the Northeast Kansas Partnership, studies Genesis 43:15-44:13 on today’s episode. Rev. Kilgo talks about Joseph’s testing of his brothers, the troubled consciences of Joseph’s brothers, trusting in the midst of calamities, and confessing secret sins and getting what’s not deserved.

15 So the men took this present, and they took double the money with them, and Benjamin. They arose and went down to Egypt and stood before Joseph.

16 When Joseph saw Benjamin with them, he said to the steward of his house, “Bring the men into the house, and slaughter an animal and make ready, for the men are to dine with me at noon.” 17 The man did as Joseph told him and brought the men to Joseph’s house. 18 And the men were afraid because they were brought to Joseph’s house, and they said, “It is because of the money, which was replaced in our sacks the first time, that we are brought in, so that he may assault us and fall upon us to make us servants and seize our donkeys.” 19 So they went up to the steward of Joseph’s house and spoke with him at the door of the house,20 and said, “Oh, my lord, we came down the first time to buy food.21 And when we came to the lodging place we opened our sacks, and there was each man’s money in the mouth of his sack, our money in full weight. So we have brought it again with us, 22 and we have brought other money down with us to buy food. We do not know who put our money in our sacks.” 23 He replied, “Peace to you, do not be afraid. Your God and the God of your father has put treasure in your sacks for you. I received your money.” Then he brought Simeon out to them. 24 And when the man had brought the men into Joseph’s house and given them water, and they had washed their feet, and when he had given their donkeys fodder, 25 they prepared the present for Joseph’s coming at noon, for they heard that they should eat bread there.

26 When Joseph came home, they brought into the house to him the present that they had with them and bowed down to him to the ground.27 And he inquired about their welfare and said, “Is your father well, the old man of whom you spoke? Is he still alive?” 28 They said, “Your servant our father is well; he is still alive.” And they bowed their heads and prostrated themselves. 29 And he lifted up his eyes and saw his brother Benjamin, his mother’s son, and said, “Is this your youngest brother, of whom you spoke to me? God be gracious to you, my son!”30 Then Joseph hurried out, for his compassion grew warm for his brother, and he sought a place to weep. And he entered his chamber and wept there. 31 Then he washed his face and came out. And controlling himself he said, “Serve the food.” 32 They served him by himself, and them by themselves, and the Egyptians who ate with him by themselves, because the Egyptians could not eat with the Hebrews, for that is an abomination to the Egyptians. 33 And they sat before him, the firstborn according to his birthright and the youngest according to his youth. And the men looked at one another in amazement. 34 Portions were taken to them from Joseph’s table, but Benjamin’s portion was five times as much as any of theirs. And they drank and were merry[a] with him.

44 Then he commanded the steward of his house, “Fill the men’s sacks with food, as much as they can carry, and put each man’s money in the mouth of his sack, 2 and put my cup, the silver cup, in the mouth of the sack of the youngest, with his money for the grain.” And he did as Joseph told him.

3 As soon as the morning was light, the men were sent away with their donkeys. 4 They had gone only a short distance from the city. Now Joseph said to his steward, “Up, follow after the men, and when you overtake them, say to them, ‘Why have you repaid evil for good?[b] 5 Is it not from this that my lord drinks, and by this that he practices divination? You have done evil in doing this.’”

6 When he overtook them, he spoke to them these words. 7 They said to him, “Why does my lord speak such words as these? Far be it from your servants to do such a thing! 8 Behold, the money that we found in the mouths of our sacks we brought back to you from the land of Canaan. How then could we steal silver or gold from your lord’s house?9 Whichever of your servants is found with it shall die, and we also will be my lord’s servants.” 10 He said, “Let it be as you say: he who is found with it shall be my servant, and the rest of you shall be innocent.”11 Then each man quickly lowered his sack to the ground, and each man opened his sack. 12 And he searched, beginning with the eldest and ending with the youngest. And the cup was found in Benjamin’s sack.13 Then they tore their clothes, and every man loaded his donkey, and they returned to the city.