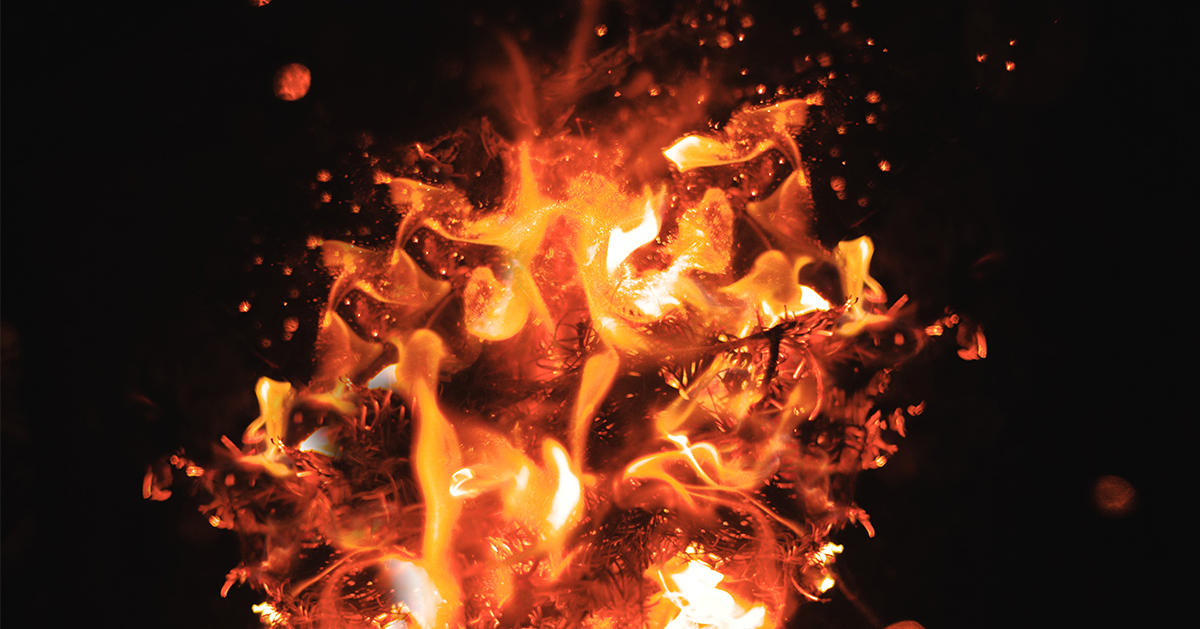 Home » Thy Strong Word – Daniel 3: The Son of God Down in the Fiery Furnace

Many of us have heard of the story of Shadrach, Meshach, and Abednego down in the fiery furnace. It’s the stuff of Sunday school and Veggie Tales. But what does it mean that the golden statue was 60 cubits high? Or that the fire was seven times hotter than normal? Or that the narrator keeps repeating all the bureaucrats and instruments? Why is Daniel never mentioned, and why are Hananiah, Mishael, and Azariah’s Babylonian names exclusively used over their Hebrew names?

Daniel 3 is packed with theology using all these features of literature. That’s why it’s read for Easter Vigil, because the story mysteriously points ahead to when the true Son of God “descended into hell.” We have here a picture of baptism, a picture of how the death and resurrection of Jesus are ours, and how they produce a confident and “quiet” faith in us.

8 Therefore at that time certain Chaldeans came forward and maliciously accused the Jews. 9 They declared[b] to King Nebuchadnezzar, “O king, live forever! 10 You, O king, have made a decree, that every man who hears the sound of the horn, pipe, lyre, trigon, harp, bagpipe, and every kind of music, shall fall down and worship the golden image. 11 And whoever does not fall down and worship shall be cast into a burning fiery furnace. 12 There are certain Jews whom you have appointed over the affairs of the province of Babylon: Shadrach, Meshach, and Abednego. These men, O king, pay no attention to you; they do not serve your gods or worship the golden image that you have set up.”

13 Then Nebuchadnezzar in furious rage commanded that Shadrach, Meshach, and Abednego be brought. So they brought these men before the king. 14 Nebuchadnezzar answered and said to them, “Is it true, O Shadrach, Meshach, and Abednego, that you do not serve my gods or worship the golden image that I have set up? 15 Now if you are ready when you hear the sound of the horn, pipe, lyre, trigon, harp, bagpipe, and every kind of music, to fall down and worship the image that I have made, well and good.[c] But if you do not worship, you shall immediately be cast into a burning fiery furnace. And who is the god who will deliver you out of my hands?”

16 Shadrach, Meshach, and Abednego answered and said to the king, “O Nebuchadnezzar, we have no need to answer you in this matter. 17 If this be so, our God whom we serve is able to deliver us from the burning fiery furnace, and he will deliver us out of your hand, O king.[d] 18 But if not, be it known to you, O king, that we will not serve your gods or worship the golden image that you have set up.”

24 Then King Nebuchadnezzar was astonished and rose up in haste. He declared to his counselors, “Did we not cast three men bound into the fire?” They answered and said to the king, “True, O king.” 25 He answered and said, “But I see four men unbound, walking in the midst of the fire, and they are not hurt; and the appearance of the fourth is like a son of the gods.”

Cross Defense - A Million Off-Ramps from the Christian Faith (Rebroadcast)