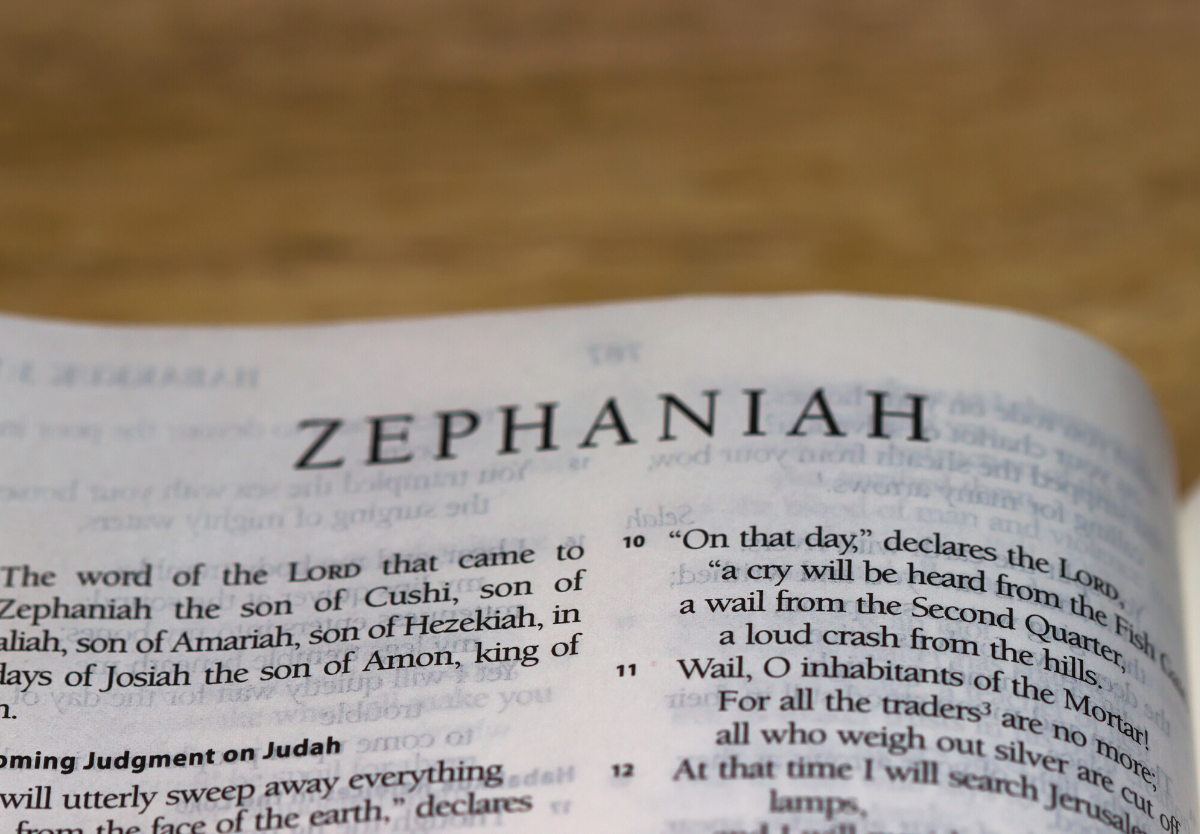 Home » Sharper Iron — Majoring in Minors: Be Silent Before the LORD

Zephaniah served as a prophet during the reign of Josiah, the faithful king of Judah. Although he does not name Babylon, Zephaniah speaks very clearly concerning the judgment that the LORD will bring through this foreign nation. Zephaniah’s ministry begins with words of utter condemnation. His language echoes the language of the book of Genesis; the LORD will “de-create” and sweep everything away. Judah and Jerusalem are particularly in view. Their idolatry has earned the wrath of God; before Him, they must remain silent. They have no justification of their own that they can offer; they will be justly punished. The LORD will search out those who see Him as inactive; through His judgment, He will show that He is the Sovereign over all creation. Zephaniah calls all to repent of such apathy and place our trust, not in our self-justification, but in the LORD’s gift of justification in Christ.

“Majoring in Minors” is a mini-series on Sharper Iron that goes through the books of Obadiah, Habakkuk, and Zephaniah. These three prophets all spoke the Word of God in the days leading up to the fall of Jerusalem at the hand of the Babylonians. Through their unique emphases, these men proclaimed the same message of repentance of sins and faith in the LORD, pointing ultimately toward their prophecies’ fulfillment: Jesus Christ.

The Coming Judgment on Judah

The Day of the Lord Is Near

7 Be silent before the Lord God!
For the day of the Lord is near;
the Lord has prepared a sacrifice
and consecrated his guests.
8 And on the day of the Lord‘s sacrifice—
“I will punish the officials and the king’s sons
and all who array themselves in foreign attire.
9 On that day I will punish
everyone who leaps over the threshold,
and those who fill their master’s[c] house
with violence and fraud.

10 “On that day,” declares the Lord,
“a cry will be heard from the Fish Gate,
a wail from the Second Quarter,
a loud crash from the hills.
11 Wail, O inhabitants of the Mortar!
For all the traders[d] are no more;
all who weigh out silver are cut off.
12 At that time I will search Jerusalem with lamps,
and I will punish the men
who are complacent,[e]
those who say in their hearts,
‘The Lord will not do good,
nor will he do ill.’
13 Their goods shall be plundered,
and their houses laid waste.
Though they build houses,
they shall not inhabit them;
though they plant vineyards,
they shall not drink wine from them.”

The Coffee Hour - Reading Scripture with the Church Fathers (Rebroadcast)