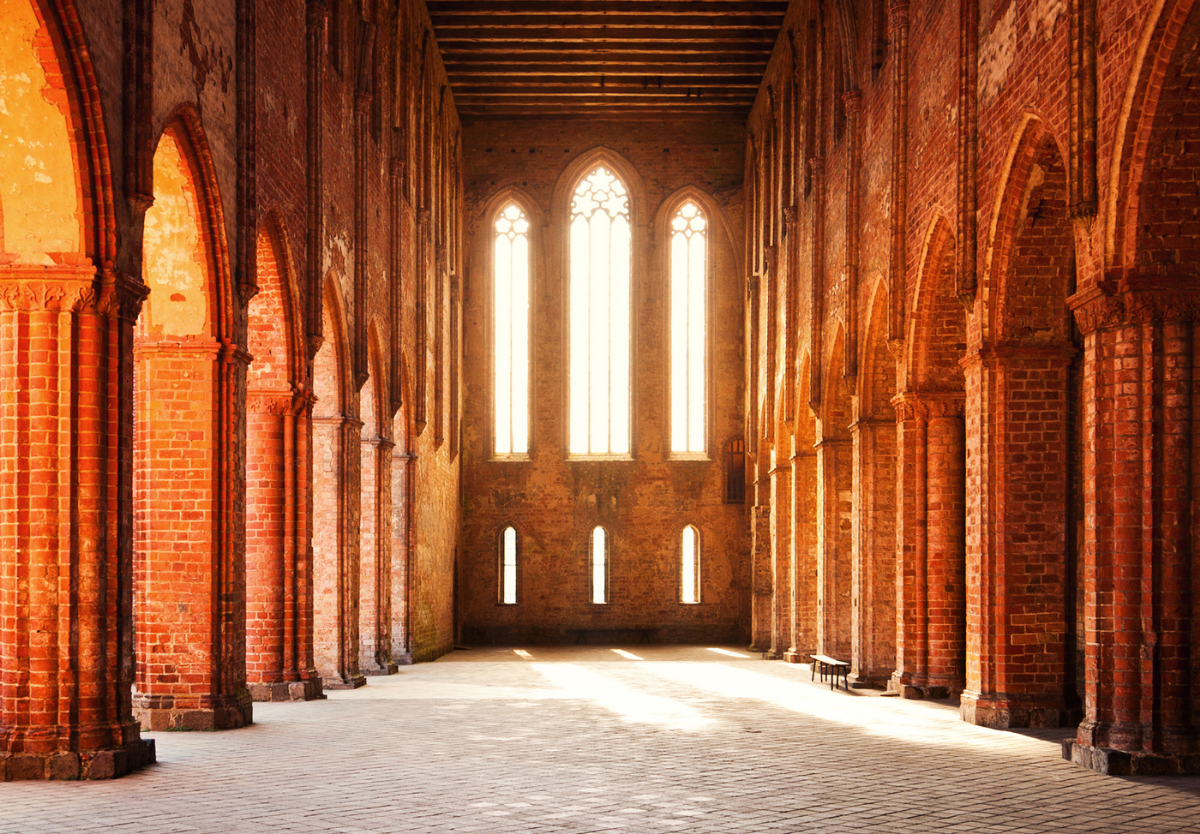 Ezekiel’s vision of the new temple continues into other rooms and chambers of the temple complex. Although the measurements given were never intended to be used to construct this temple, the fact that the LORD provides them shows the reality of the LORD’s promise and the deliberateness of His intention to fulfill His Word. The clear distinction between the holy and the common in this temple is a reminder that the LORD’s bare holiness is unapproachable by sinners. Yet in His mercy, God provides access to His holiness to benefit sinners through His Son, Jesus Christ.

10 In the thickness of the wall of the court, on the south[e] also, opposite the yard and opposite the building, there were chambers 11 with a passage in front of them. They were similar to the chambers on the north, of the same length and breadth, with the same exits[f] and arrangements and doors, 12 as were the entrances of the chambers on the south. There was an entrance at the beginning of the passage, the passage before the corresponding wall on the east as one enters them.[g]

13 Then he said to me, “The north chambers and the south chambers opposite the yard are the holy chambers, where the priests who approach the Lord shall eat the most holy offerings. There they shall put the most holy offerings—the grain offering, the sin offering, and the guilt offering—for the place is holy. 14 When the priests enter the Holy Place, they shall not go out of it into the outer court without laying there the garments in which they minister, for these are holy. They shall put on other garments before they go near to that which is for the people.”

The Coffee Hour - Advent and Christmas with Concordia Publishing House