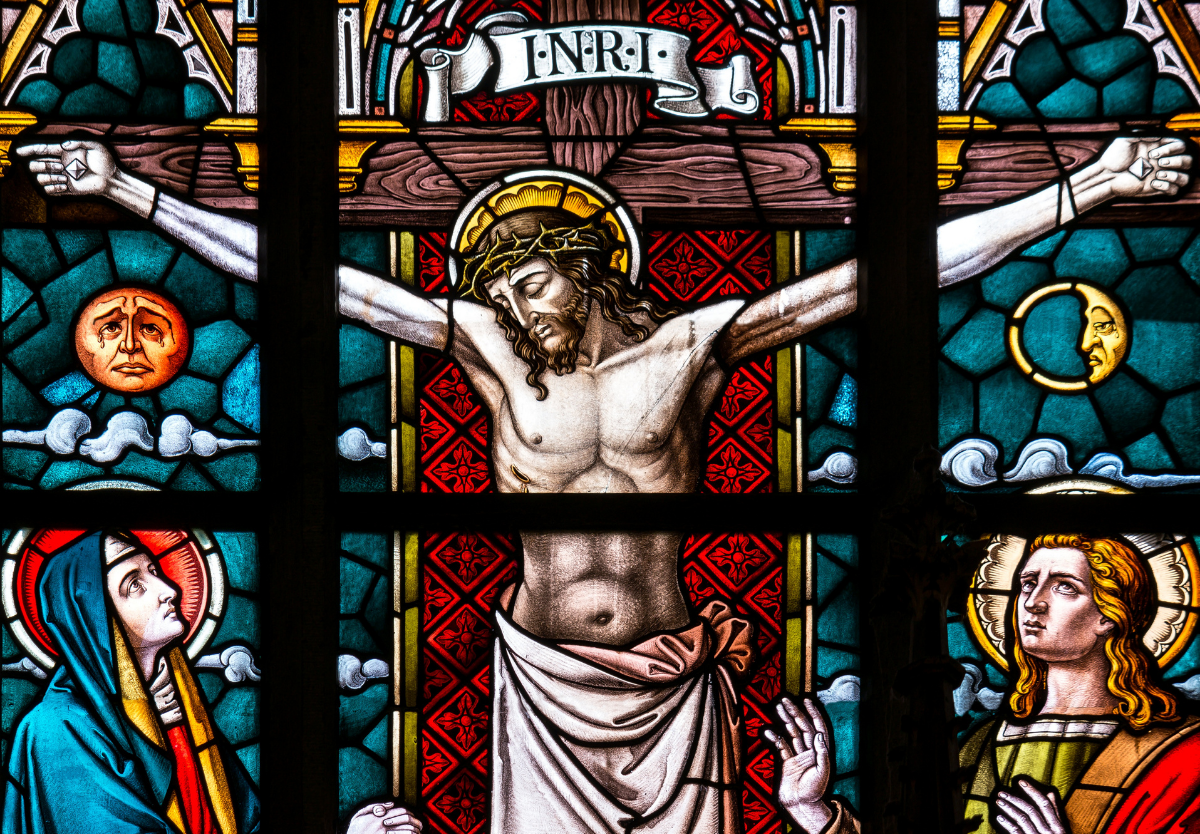 Ezekiel’s vision of the new temple continues into the temple itself, the Holy Place and the Most Holy Place. Though some of the details can be difficult to ascertain, the main promise is certain. To exiles living in Babylon, the LORD gives His assurance that He can get to where His people are. The descriptions of cherubim and palm trees adorning this temple hearken back to the Garden of Eden; the LORD brings His people back to Himself and dwells with them as their God in the person and work of Jesus Christ.

12 The building that was facing the separate yard on the west side was seventy cubits broad, and the wall of the building was five cubits thick all around, and its length ninety cubits.

15 Then he measured the length of the building facing the yard that was at the back and its galleries[f] on either side, a hundred cubits.

The inside of the nave and the vestibules of the court, 16 the thresholds and the narrow windows and the galleries all around the three of them, opposite the threshold, were paneled with wood all around, from the floor up to the windows (now the windows were covered), 17 to the space above the door, even to the inner room, and on the outside. And on all the walls all around, inside and outside, was a measured pattern.[g] 18 It was carved of cherubim and palm trees, a palm tree between cherub and cherub. Every cherub had two faces: 19 a human face toward the palm tree on the one side, and the face of a young lion toward the palm tree on the other side. They were carved on the whole temple all around. 20 From the floor to above the door, cherubim and palm trees were carved; similarly the wall of the nave.

21 The doorposts of the nave were squared, and in front of the Holy Place was something resembling 22 an altar of wood, three cubits high, two cubits long, and two cubits broad.[h] Its corners, its base,[i] and its walls were of wood. He said to me, “This is the table that is before the Lord.” 23 The nave and the Holy Place had each a double door. 24 The double doors had two leaves apiece, two swinging leaves for each door. 25 And on the doors of the nave were carved cherubim and palm trees, such as were carved on the walls. And there was a canopy[j] of wood in front of the vestibule outside. 26 And there were narrow windows and palm trees on either side, on the sidewalls of the vestibule, the side chambers of the temple, and the canopies.

Oratio: Seek and Save the Lost

The Coffee Hour - Serving the Lord in Asia