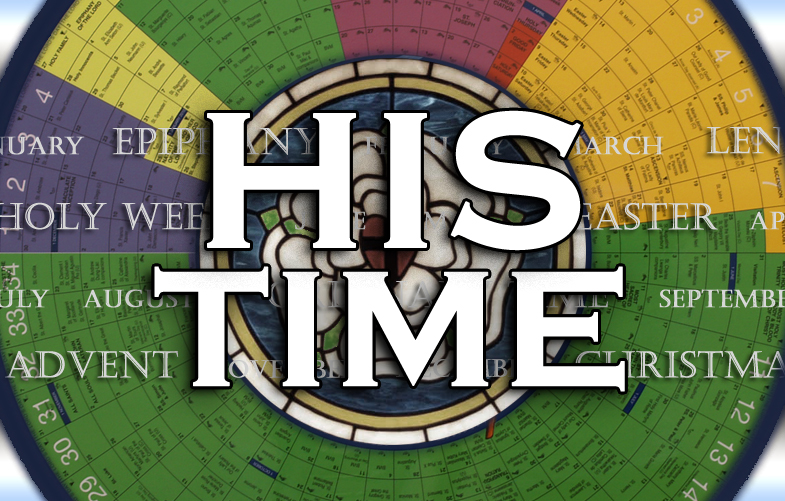 Home » His Time – Christian Bioethics, You Are of Your Father the Devil

Rev. Stephen Reynolds of Shepherd of the Coast Lutheran Church of Ft. Lauderdale, FL looks at John 8:39-59 “You Are of Your Father the Devil“.

Today’s sermonette is by Rev. Stephen Reynolds of Shepherd of the Coast Lutheran Church of Ft. Lauderdale, FL.

39 They answered him, “Abraham is our father.” Jesus said to them, “If you were Abraham’s children, you would be doing the works Abraham did, 40 but now you seek to kill me, a man who has told you the truth that I heard from God. This is not what Abraham did. 41 You are doing the works your father did.” They said to him, “We were not born of sexual immorality. We have one Father—even God.” 42 Jesus said to them, “If God were your Father, you would love me, for I came from God and I am here. I came not of my own accord, but he sent me. 43 Why do you not understand what I say? It is because you cannot bear to hear my word. 44 You are of your father the devil, and your will is to do your father’s desires. He was a murderer from the beginning, and does not stand in the truth, because there is no truth in him. When he lies, he speaks out of his own character, for he is a liar and the father of lies. 45 But because I tell the truth, you do not believe me. 46 Which one of you convicts me of sin? If I tell the truth, why do you not believe me? 47 Whoever is of God hears the words of God. The reason why you do not hear them is that you are not of God.”

48 The Jews answered him, “Are we not right in saying that you are a Samaritan and have a demon?” 49 Jesus answered, “I do not have a demon, but I honor my Father, and you dishonor me. 50 Yet I do not seek my own glory; there is One who seeks it, and he is the judge. 51 Truly, truly, I say to you, if anyone keeps my word, he will never see death.” 52 The Jews said to him, “Now we know that you have a demon! Abraham died, as did the prophets, yet you say, ‘If anyone keeps my word, he will never taste death.’ 53 Are you greater than our father Abraham, who died? And the prophets died! Who do you make yourself out to be?” 54 Jesus answered, “If I glorify myself, my glory is nothing. It is my Father who glorifies me, of whom you say, ‘He is our God.’[a] 55 But you have not known him. I know him. If I were to say that I do not know him, I would be a liar like you, but I do know him and I keep his word. 56 Your father Abraham rejoiced that he would see my day. He saw it and was glad.” 57 So the Jews said to him, “You are not yet fifty years old, and have you seen Abraham?”[b] 58 Jesus said to them, “Truly, truly, I say to you, before Abraham was, I am.” 59 So they picked up stones to throw at him, but Jesus hid himself and went out of the temple.

Wrestling With the Basics - Who Needs a Trinity