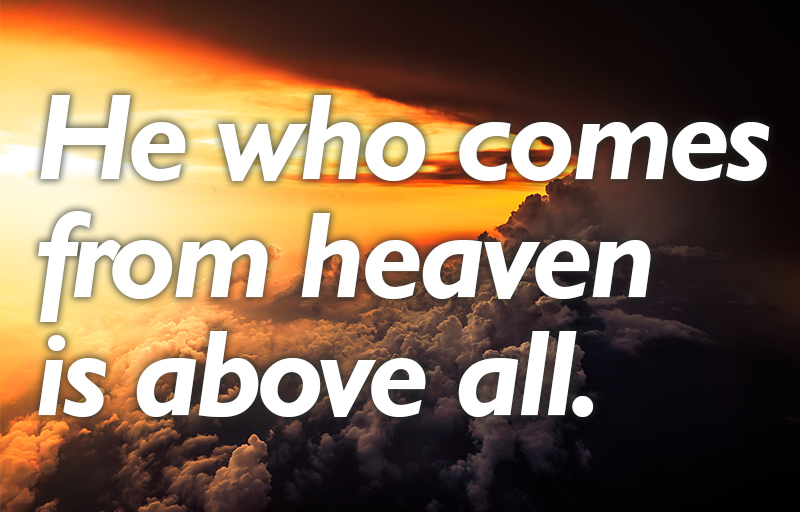 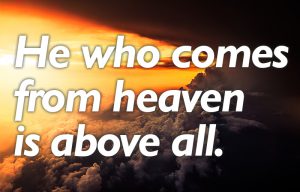 22 After this Jesus and his disciples went into the Judean countryside, and he remained there with them and was baptizing. 23 John also was baptizing at Aenon near Salim, because water was plentiful there, and people were coming and being baptized 24 (for John had not yet been put in prison).

25 Now a discussion arose between some of John’s disciples and a Jew over purification. 26 And they came to John and said to him, “Rabbi, he who was with you across the Jordan, to whom you bore witness—look, he is baptizing, and all are going to him.” 27 John answered, “A person cannot receive even one thing unless it is given him from heaven. 28 You yourselves bear me witness, that I said, ‘I am not the Christ, but I have been sent before him.’ 29 The one who has the bride is the bridegroom. The friend of the bridegroom, who stands and hears him, rejoices greatly at the bridegroom’s voice. Therefore this joy of mine is now complete. 30 He must increase, but I must decrease.”[a]

31 He who comes from above is above all. He who is of the earth belongs to the earth and speaks in an earthly way. He who comes from heaven is above all. 32 He bears witness to what he has seen and heard, yet no one receives his testimony. 33 Whoever receives his testimony sets his seal to this, that God is true. 34 For he whom God has sent utters the words of God, for he gives the Spirit without measure. 35 The Father loves the Son and has given all things into his hand. 36 Whoever believes in the Son has eternal life; whoever does not obey the Son shall not see life, but the wrath of God remains on him.

Jesus and the Woman of Samaria

4 Now when Jesus learned that the Pharisees had heard that Jesus was making and baptizing more disciples than John 2 (although Jesus himself did not baptize, but only his disciples), 3 he left Judea and departed again for Galilee. 4 And he had to pass through Samaria. 5 So he came to a town of Samaria called Sychar, near the field that Jacob had given to his son Joseph. 6 Jacob’s well was there; so Jesus, wearied as he was from his journey, was sitting beside the well. It was about the sixth hour.[b]