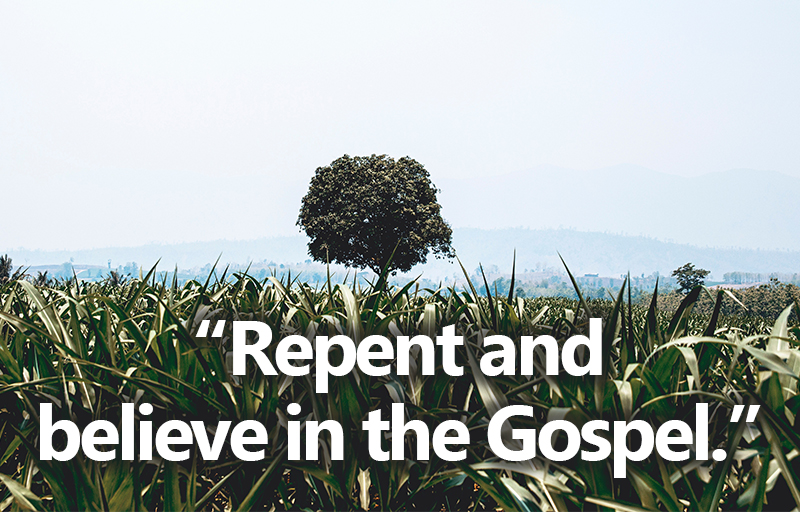 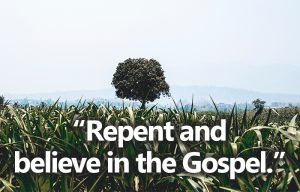 Today’s sermonette is given by Rev. Peter Knutson from St. John Lutheran Church and School in McMinnville, Oregon.

14 Now after John was arrested, Jesus came into Galilee, proclaiming the gospel of God, 15 and saying, “The time is fulfilled, and the kingdom of God is at hand;[a] repent and believe in the gospel.”

16 Passing alongside the Sea of Galilee, he saw Simon and Andrew the brother of Simon casting a net into the sea, for they were fishermen.17 And Jesus said to them, “Follow me, and I will make you become fishers of men.”[b] 18 And immediately they left their nets and followed him. 19 And going on a little farther, he saw James the son of Zebedee and John his brother, who were in their boat mending the nets. 20 And immediately he called them, and they left their father Zebedee in the boat with the hired servants and followed him.

Jesus Heals a Man with an Unclean Spirit

21 And they went into Capernaum, and immediately on the Sabbath he entered the synagogue and was teaching. 22 And they were astonished at his teaching, for he taught them as one who had authority, and not as the scribes. 23 And immediately there was in their synagogue a man with an unclean spirit. And he cried out, 24 “What have you to do with us, Jesus of Nazareth? Have you come to destroy us? I know who you are—the Holy One of God.” 25 But Jesus rebuked him, saying, “Be silent, and come out of him!” 26 And the unclean spirit, convulsing him and crying out with a loud voice, came out of him. 27 And they were all amazed, so that they questioned among themselves, saying, “What is this? A new teaching with authority! He commands even the unclean spirits, and they obey him.” 28 And at once his fame spread everywhere throughout all the surrounding region of Galilee.