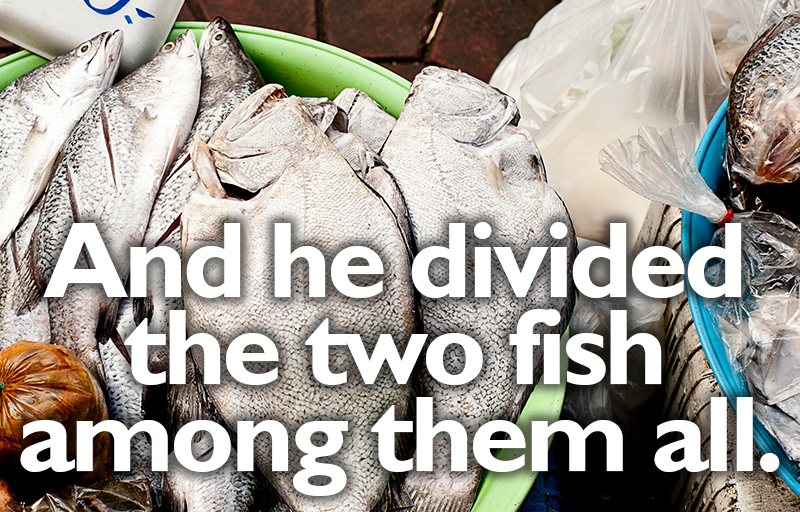 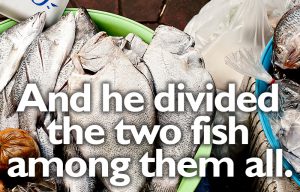 Today’s sermonette is given by Rev. Frank Ruffatto from Redeemer Lutheran Church in Charleston, West Virginia, and Executive Director of Peace Officer Ministries.

35 And when it grew late, his disciples came to him and said, “This is a desolate place, and the hour is now late. 36 Send them away to go into the surrounding countryside and villages and buy themselves something to eat.” 37 But he answered them, “You give them something to eat.” And they said to him, “Shall we go and buy two hundred denarii[a] worth of bread and give it to them to eat?” 38 And he said to them, “How many loaves do you have? Go and see.” And when they had found out, they said, “Five, and two fish.” 39 Then he commanded them all to sit down in groups on the green grass. 40 So they sat down in groups, by hundreds and by fifties. 41 And taking the five loaves and the two fish, he looked up to heaven and said a blessing and broke the loaves and gave them to the disciples to set before the people. And he divided the two fish among them all. 42 And they all ate and were satisfied. 43 And they took up twelve baskets full of broken pieces and of the fish. 44 And those who ate the loaves were five thousand men.

45 Immediately he made his disciples get into the boat and go before him to the other side, to Bethsaida, while he dismissed the crowd. 46 And after he had taken leave of them, he went up on the mountain to pray.47 And when evening came, the boat was out on the sea, and he was alone on the land. 48 And he saw that they were making headway painfully, for the wind was against them. And about the fourth watch of the night[b] he came to them, walking on the sea. He meant to pass by them, 49 but when they saw him walking on the sea they thought it was a ghost, and cried out, 50 for they all saw him and were terrified. But immediately he spoke to them and said, “Take heart; it is I. Do not be afraid.” 51 And he got into the boat with them, and the wind ceased. And they were utterly astounded, 52 for they did not understand about the loaves, but their hearts were hardened.