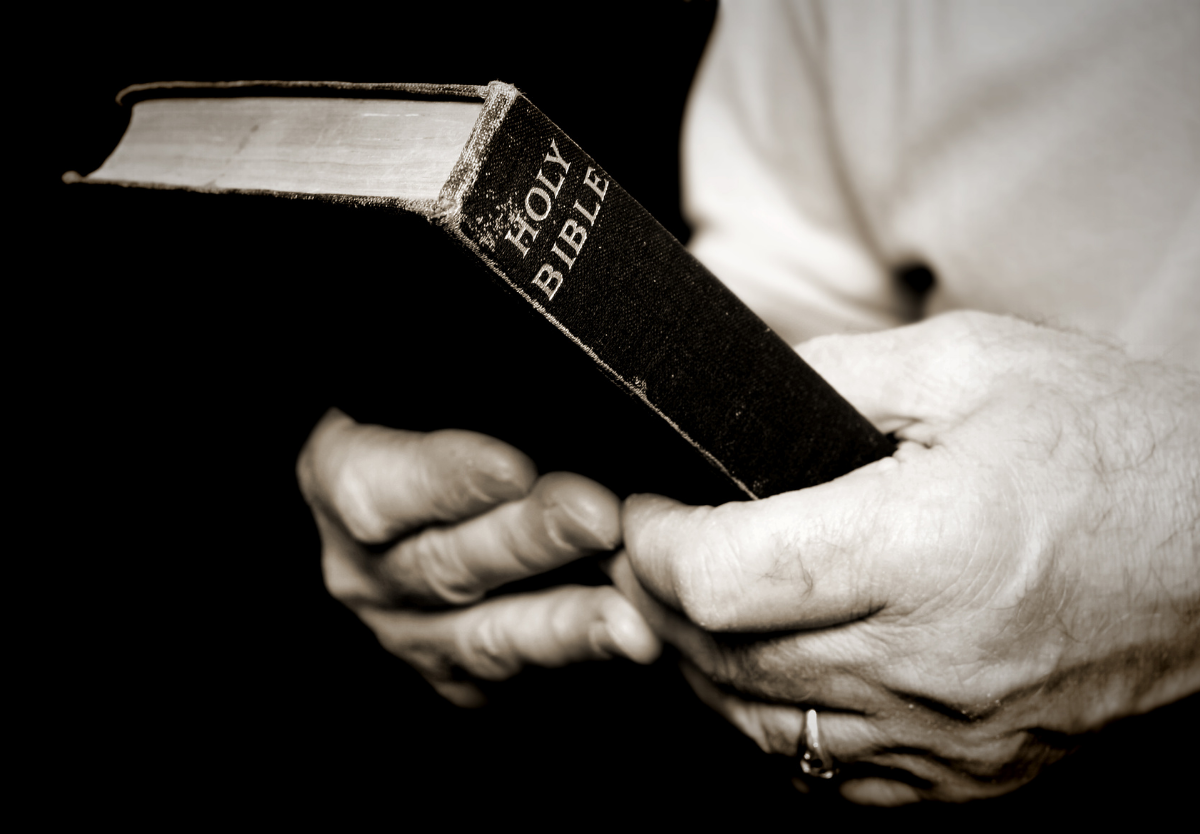 Home » Sharper Iron — The Gospel in Action: Jesus’ Words Will Not Pass Away

Jesus continues to speak to His disciples concerning the destruction of the temple and His second coming. As Jesus’ disciples once saw the abomination of desolation in the temple prior to its destruction, so whenever Christians see heretical teachings working their way into the Church, they flee to the refuge of Holy Scripture. Even in the midst of all the duress prior to the temple’s destruction and in the world before its end, God still intervenes on behalf of His people through His Son, Jesus Christ. His coming is indisputable and for the sake of salvation of His people. In this way, Christians need not be afraid when they see such trouble in the world, for they know that Jesus has spoken of these things beforehand and has promised deliverance. Even as everything else passes away, Jesus gives eternal security in His Word.

14 “But when you see the abomination of desolation standing where he ought not to be (let the reader understand), then let those who are in Judea flee to the mountains. 15 Let the one who is on the housetop not go down, nor enter his house, to take anything out, 16 and let the one who is in the field not turn back to take his cloak. 17 And alas for women who are pregnant and for those who are nursing infants in those days! 18 Pray that it may not happen in winter. 19 For in those days there will be such tribulation as has not been from the beginning of the creation that God created until now, and never will be. 20 And if the Lord had not cut short the days, no human being would be saved. But for the sake of the elect, whom he chose, he shortened the days. 21 And then if anyone says to you, ‘Look, here is the Christ!’ or ‘Look, there he is!’ do not believe it. 22 For false christs and false prophets will arise and perform signs and wonders, to lead astray, if possible, the elect. 23 But be on guard; I have told you all things beforehand.

24 “But in those days, after that tribulation, the sun will be darkened, and the moon will not give its light, 25 and the stars will be falling from heaven, and the powers in the heavens will be shaken. 26 And then they will see the Son of Man coming in clouds with great power and glory. 27 And then he will send out the angels and gather his elect from the four winds, from the ends of the earth to the ends of heaven.

28 “From the fig tree learn its lesson: as soon as its branch becomes tender and puts out its leaves, you know that summer is near. 29 So also, when you see these things taking place, you know that he is near, at the very gates. 30 Truly, I say to you, this generation will not pass away until all these things take place. 31 Heaven and earth will pass away, but my words will not pass away.