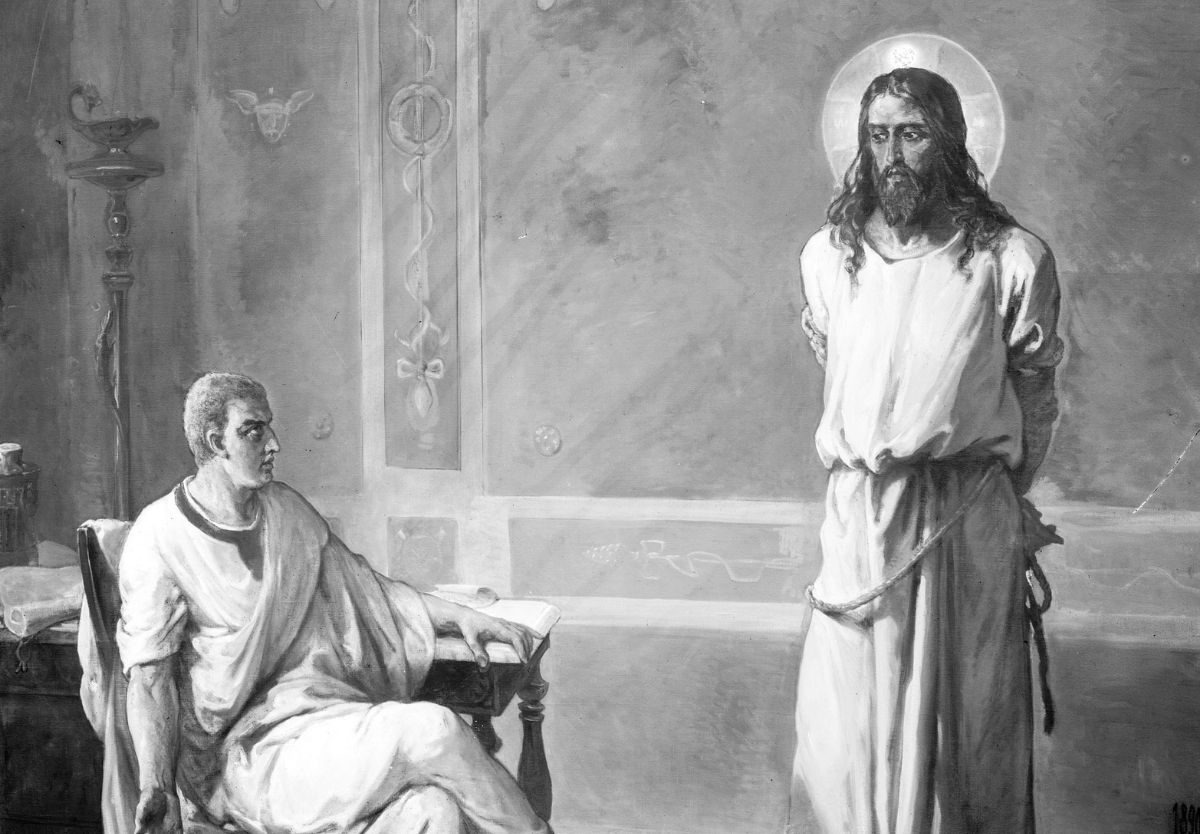 Jesus’ trial before the Sanhedrin has ended; His trial before the Roman authorities now begins in order to fulfill the Word of God concerning Jesus’ death on the cross. Pontius Pilate, the Roman governor, is skeptical of the charges against Jesus as he examines the case. The Lord’s silence amazes Pilate, as Jesus fulfills the words about Him from Isaiah 53. As the crowd calls for the release of Barabbas, this notorious murderer ends up as a picture of the great exchange that God gives in Jesus. Jesus is bound so that sinners can be set free. As the chief priests and scribes only stir up the crowd to demand Jesus’ crucifixion, Pilate finally relents, and the violence against Jesus only grows. As His Passion continues, the Lord endures it willingly in place of sinners.

6 Now at the feast he used to release for them one prisoner for whom they asked. 7 And among the rebels in prison, who had committed murder in the insurrection, there was a man called Barabbas. 8 And the crowd came up and began to ask Pilate to do as he usually did for them. 9 And he answered them, saying, “Do you want me to release for you the King of the Jews?” 10 For he perceived that it was out of envy that the chief priests had delivered him up. 11 But the chief priests stirred up the crowd to have him release for them Barabbas instead. 12 And Pilate again said to them, “Then what shall I do with the man you call the King of the Jews?” 13 And they cried out again, “Crucify him.” 14 And Pilate said to them, “Why? What evil has he done?” But they shouted all the more, “Crucify him.” 15 So Pilate, wishing to satisfy the crowd, released for them Barabbas, and having scourged[a] Jesus, he delivered him to be crucified.

Oratio: Good to Know the Law