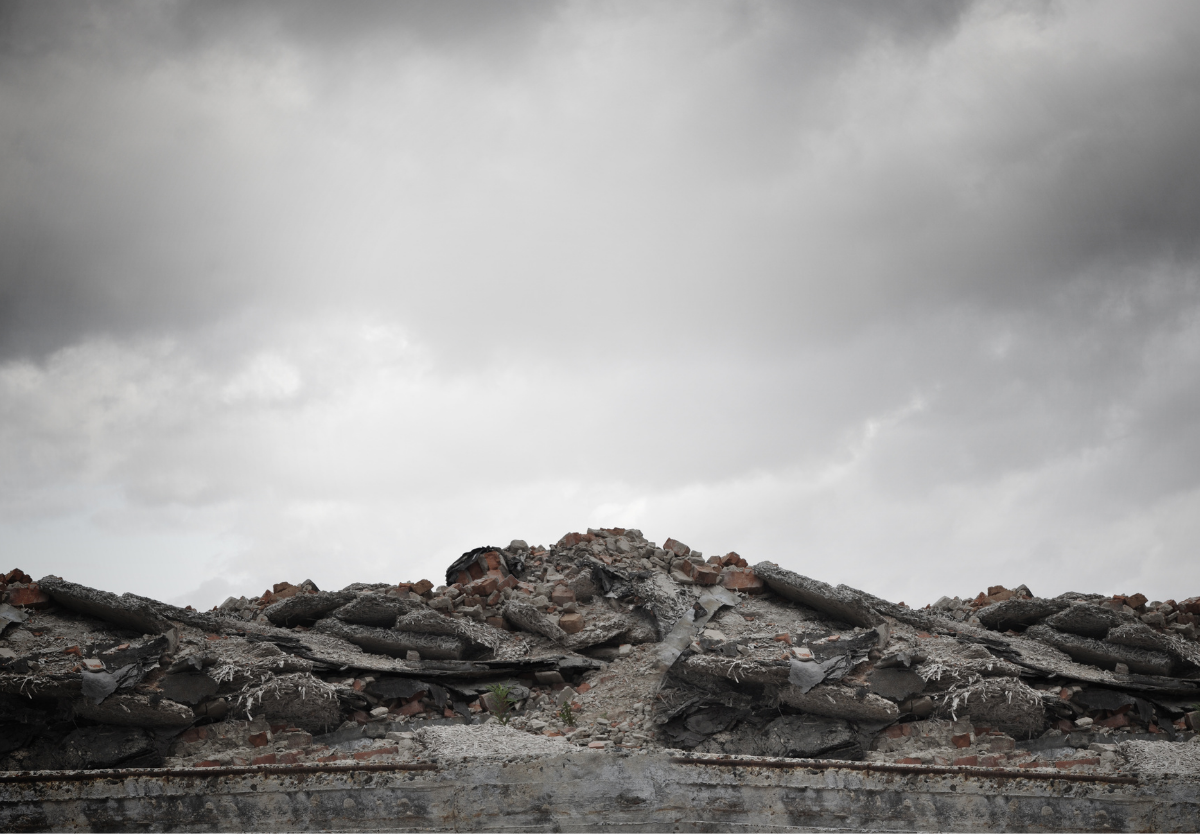 Home » Sharper Iron — A Time to Destroy and a Time to Build: Destruction Is Imminent

The situation is dire in Jerusalem. The Babylonians and the vassal states under their control have surrounded the city. Jeremiah is sent to wicked king Zedekiah to tell him that he will not escape. He will come face to face with Nebuchadnezzar once Jerusalem is captured. Though he will not die in battle, he will die in Babylon. Following this word from Jeremiah, Zedekiah leads the people of Jerusalem in a covenant by which they promise to set free their Hebrew slaves, according to the LORD’s Word in Exodus and Deuteronomy. Any repentance is short-lived, however. When the Babylonian army briefly withdraws to deal with Egypt, the residents of Jerusalem break their promise and enslave their brothers once more. Jeremiah proclaims the LORD’s judgment on His people for yet another broken promise. Their covenant ceremony of passing through pieces of a calf will come to bear on them in death and destruction at the hand of the returning Babylonian army. From such texts of judgment, Christians today are right to learn the urgency of true repentance in the heart in which the Lord in His mercy calls us to saving faith in Jesus.

Zedekiah to Die in Babylon

34 The word that came to Jeremiah from the Lord, when Nebuchadnezzar king of Babylon and all his army and all the kingdoms of the earth under his dominion and all the peoples were fighting against Jerusalem and all of its cities: 2 “Thus says the Lord, the God of Israel: Go and speak to Zedekiah king of Judah and say to him, ‘Thus says the Lord: Behold, I am giving this city into the hand of the king of Babylon, and he shall burn it with fire. 3 You shall not escape from his hand but shall surely be captured and delivered into his hand. You shall see the king of Babylon eye to eye and speak with him face to face. And you shall go to Babylon.’ 4 Yet hear the word of the Lord, O Zedekiah king of Judah! Thus says the Lord concerning you: ‘You shall not die by the sword. 5 You shall die in peace. And as spices were burned for your fathers, the former kings who were before you, so people shall burn spices for you and lament for you, saying, “Alas, lord!”’ For I have spoken the word, declares the Lord.”

6 Then Jeremiah the prophet spoke all these words to Zedekiah king of Judah, in Jerusalem, 7 when the army of the king of Babylon was fighting against Jerusalem and against all the cities of Judah that were left, Lachish and Azekah, for these were the only fortified cities of Judah that remained.

8 The word that came to Jeremiah from the Lord, after King Zedekiah had made a covenant with all the people in Jerusalem to make a proclamation of liberty to them, 9 that everyone should set free his Hebrew slaves, male and female, so that no one should enslave a Jew, his brother. 10 And they obeyed, all the officials and all the people who had entered into the covenant that everyone would set free his slave, male or female, so that they would not be enslaved again. They obeyed and set them free. 11 But afterward they turned around and took back the male and female slaves they had set free, and brought them into subjection as slaves. 12 The word of the Lord came to Jeremiah from the Lord: 13 “Thus says the Lord, the God of Israel: I myself made a covenant with your fathers when I brought them out of the land of Egypt, out of the house of slavery, saying, 14 ‘At the end of seven years each of you must set free the fellow Hebrew who has been sold to you and has served you six years; you must set him free from your service.’ But your fathers did not listen to me or incline their ears to me. 15 You recently repented and did what was right in my eyes by proclaiming liberty, each to his neighbor, and you made a covenant before me in the house that is called by my name, 16 but then you turned around and profaned my name when each of you took back his male and female slaves, whom you had set free according to their desire, and you brought them into subjection to be your slaves.

The Coffee Hour - Serving the Church in Latin America