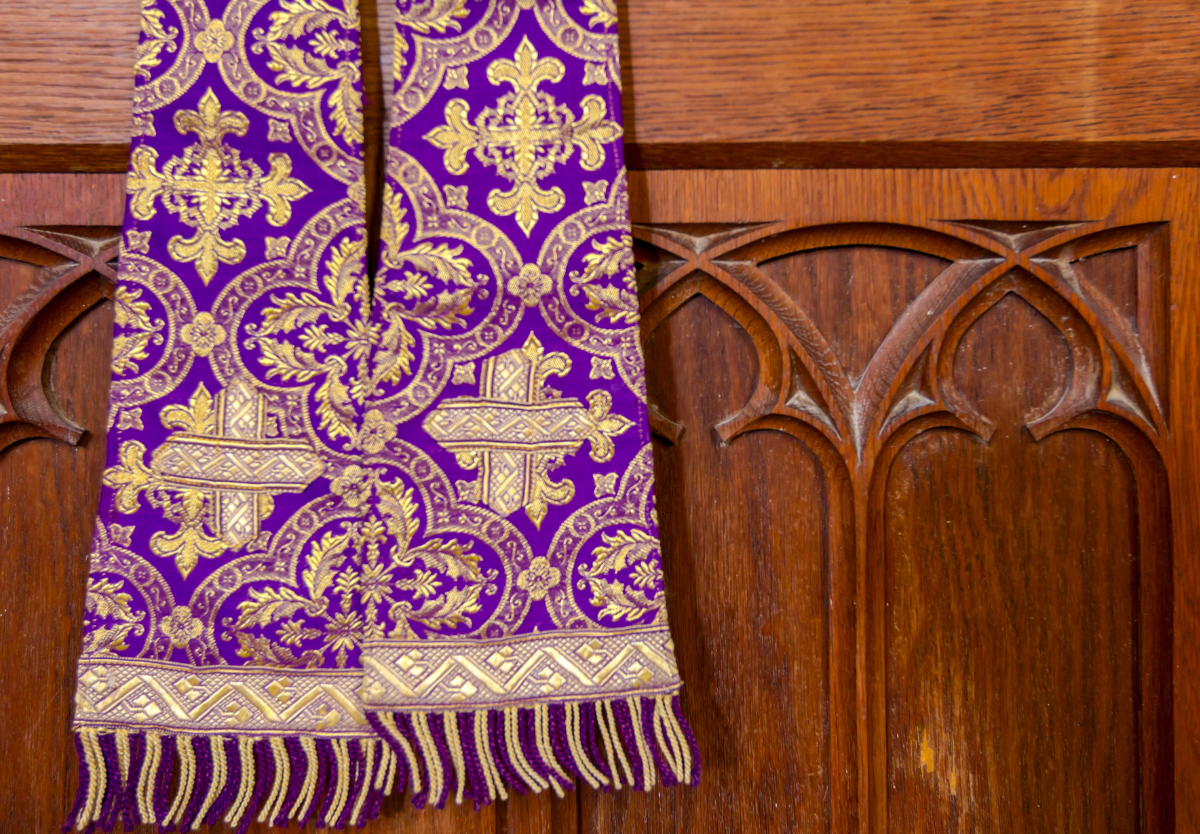 Now comes the creation and adornment of the vestments to be worn by the priests of Israel when serving in the Tabernacle. This penultimate chapter begins with the crafting of the ephod worn by the high priest, which was made of fine linen and gold thread. It also describes the making of the breastplate, a decorative piece worn by the high priest and adorned with precious stones. Finally, the chapter ends with the completion of all the vestments, which were worn as a sign of the priests’ consecration to God’s service.

39 From the blue and purple and scarlet yarns they made finely woven garments,[a] for ministering in the Holy Place. They made the holy garments for Aaron, as the Lord had commanded Moses.

6 They made the onyx stones, enclosed in settings of gold filigree, and engraved like the engravings of a signet, according to the names of the sons of Israel. 7 And he set them on the shoulder pieces of the ephod to be stones of remembrance for the sons of Israel, as the Lord had commanded Moses.

30 They made the plate of the holy crown of pure gold, and wrote on it an inscription, like the engraving of a signet, “Holy to the Lord.” 31 And they tied to it a cord of blue to fasten it on the turban above, as the Lord had commanded Moses.

32 Thus all the work of the tabernacle of the tent of meeting was finished, and the people of Israel did according to all that the Lord had commanded Moses; so they did. 33 Then they brought the tabernacle to Moses, the tent and all its utensils, its hooks, its frames, its bars, its pillars, and its bases; 34 the covering of tanned rams’ skins and goatskins, and the veil of the screen; 35 the ark of the testimony with its poles and the mercy seat; 36 the table with all its utensils, and the bread of the Presence; 37 the lampstand of pure gold and its lamps with the lamps set and all its utensils, and the oil for the light; 38 the golden altar, the anointing oil and the fragrant incense, and the screen for the entrance of the tent; 39 the bronze altar, and its grating of bronze, its poles, and all its utensils; the basin and its stand; 40 the hangings of the court, its pillars, and its bases, and the screen for the gate of the court, its cords, and its pegs; and all the utensils for the service of the tabernacle, for the tent of meeting; 41 the finely worked garments for ministering in the Holy Place, the holy garments for Aaron the priest, and the garments of his sons for their service as priests. 42 According to all that the Lord had commanded Moses, so the people of Israel had done all the work. 43 And Moses saw all the work, and behold, they had done it; as the Lord had commanded, so had they done it. Then Moses blessed them.

A Moment for the Family: New Year Resolutions