The Morning Show’s host Pastor Randy Asburry               interviews Tim Goeglein about his book The Man in the Middle. 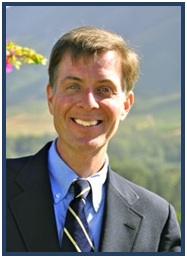 Tim is vice president of External Relations for Focus on the Family. He served as deputy director of the White House Office of Public Liaison under President George W. Bush for nearly eight years. Goeglein and his wife have two sons. 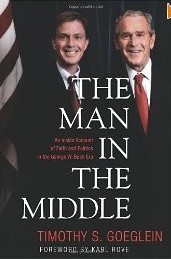 *Timothy Goeglein spent nearly eight years in the White House as President George W. Bush’s key point of contact to American conservatives and the faith-based world and was frequently profiled in the national news media. But when a plagiarism scandal prompted his resignation, Goeglein chose not to dodge it but confront it, and was shown remarkable grace by the president. In fact, Bush showed more concern for Goeglein and his family than any personal political standing.

So begins The Man in the Middle, Goeglein’s unique insider account of why he believes most of the 43rd president’s in-office decisions were made for the greater good, and how many of those decisions could serve as a blueprint for the emergence of a thoughtful, confident conservatism. From a fresh perspective, Goeglein gives behind-the-scenes accounts of key events during that historic two-term administration, reflecting on what was right and best about the Bush years. He was in Florida for the 2000 election recount, at the White House on 9/11, and watched Bush become a reluctant but effective wartime president.

Goeglein, now the vice president with Focus on the Family, also looks back at how Bush handled matters like stem cell research, faith-based initiatives, the emergence of the Values Voters, the nominations of both Chief Justice John Roberts and Associate Justice Samuel Alito-in which Goeglein had a direct role-and debates over the definition of marriage.

In all, The Man in the Middle supports historians who view the legacy of President George W. Bush in a favorable light, recognizing his conservative ideas as worth upholding in order to better shape out nation and change the world. Goeglein concludes the book on a hopeful note, showing how a thoughful, prudent infusion of faith in American culture and public life can contribute to an American Renaissance in the new century.