Paragraphs 9-15 of the Preface

9) When some godly men, lovers of peace and harmony, besides also learned theologians, had noticed all these things, they judged that these slanders and the dissensions in religion which were constantly increasing more and more, could not be better met than if the controverted articles would be thoroughly and accurately set forth and explained from the Word of God, the false teachings would be rejected and condemned, and, on the other hard, the truth divinely delivered be clearly and lucidly presented; because they were convinced that by this method both silence could be imposed upon the adversaries, and the more simple and godly be shown a sure way and plan as to how they should act in these dissensions, and, aided by divine grace, could also in the future avoid corruptions of doctrine.

10)In the beginning, therefore, the theologians communicated to one another certain writings concerning this subject, sufficiently comprehensive, and derived from the Word of God, in which they showed clearly and skilfully how these controversies, which were not without offense to the churches, could be put to rest and removed from sight without any loss to the truth of the Gospel; for the result would be that the opportunities and pretexts sought for slander would be cut off and removed from the adversaries. Finally they took up and accurately and in the fear of God pondered and explained the controverted articles, and accordingly in a special writing stated comprehensively in what way and by what method the dissensions which had arisen could be settled in a right and godly manner.

11) Having been informed of this godly purpose of the theologians, we have not only approved it, but have also judged that it ought to be promoted by us with great earnestness and zeal, in view of the office and duty divinely committed to us.

The Torgau Conference of 1576

12) And accordingly, upon the counsel of some other Electors and Princes agreeing with us in religion, we, by the grace of God, Duke of Saxony, Elector, etc., summoned certain eminent and least suspected theologians, who were also experienced and endowed with preeminent learning, to Torgau in the year 1576, for the purpose of promoting the godly design of harmony among the teachers of the Church. When they had assembled, they conferred devoutly with one another concerning the controverted articles and the peace document which we have just mentioned. And indeed, after prayers had first been offered to Almighty God, and His praise and glory, they comprised, with extraordinary care and diligence,—the Spirit of the Lord aiding them by His grace,—all those things which seemed to pertain to, and to be required for, this deliberation in a very good and suitable document. Afterwards this book was transmitted to some chief adherents of the Augsburg Confession, Electors, Princes, and Deputies, with the request that they themselves, calling to their aid the most eminent and most learned theologians, should read it with anxious care and godly zeal, should diligently examine it, and commit their opinion and criticism upon it to writing, and, finally, express their judgment and the reasons therefore concerning the whole and each part.

13) Therefore, when we had received these criticisms, we found in them many godly and useful suggestions how the transmitted declaration of the pure Christian doctrine could be fortified and strengthened against corruptions and perversions by the testimonies of Holy Scripture, in order that in the course of time, under its guise, godless doctrines might not be concealed, but an altogether unvarnished declaration of the pure truth might be transmitted to posterity. Therefore, out of those things which had been considered best when they came to us, that book of godly concord of which we spoke was composed, and completed in the form in which it will be submitted.

14) Then some of our rank (for at that time not all of us, nor some others as well, were able to do this, on account of certain causes which were in the way), have caused this book to be recited article by article and distinctly to the theologians, and the ministers of the church and of the schools collectively and individually, and have caused them to be urged to a diligent and accurate consideration of those parts of the doctrine which are contained in it.

15) Accordingly, when they perceived that the explanation of the controverted articles, indeed, agreed especially with the Word of God, and then with the Augsburg Confession, they received this Book of Concord with a very ready mind and an expression of their gratitude towards God, as expressing the godly and genuine meaning of the Augsburg Confession, having voluntarily, and indeed accurately, pondered and considered it, and they approved it and subscribed to it, and publicly bore witness concerning it with heart, mouth, and hand. Wherefore that godly agreement is called, and forever will be, not only the harmonious and concordant confession of some few of our theologians, but, in general, of the ministers of our churches and rectors of schools, jointly and severally, in our provinces and realms.

Do you have questions about this program? Email the host Rev. Craig Donofrio at Craig.Donofrio@kfuo.org or call in at (314) 996-1540. 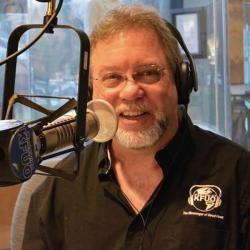 If you ask host of Concord Matters and pastor of St. Matthew Lutheran Church in Bonne Terre MO, Rev. Charles Henrickson what makes him happy, this native Chicago Northsider may respond “The Cubs’ World Series Championship, of course!” He may pause long enough from talking about his beloved Chicago Cubs (which we St. Louisans forgive him for) to cook up his famous roast pork loin with baked potatoes and spinach, or sip piping coffee from his prized VDMA coffee mug. A lover of Scrabble and Lexulous online games, you may find him writing parodies and hymns (and hymn parodies), or teaching Latin and Greek online, or maybe even reading Bo Giertz’s “Hammer of God” or the “Lord of the Rings” trilogy.

Wrestling With the Basics - Christmas Special: Bob the Sheep & the Jalapeño Chorus

BookTalk - 'When Was Jesus Really Born?'