If you’re looking for an elementary school education that focuses on academic excellence and spiritual development, visit one of the Lutheran Elementary School Open House receptions in your neighborhood, Sunday, Jan. 25, from 1-3 p.m.

A recent report by the National Association of Educational Progress, (the “Nation’s Report Card”) ranked the Lutheran School system the #1 school system in the country, when compared to public schools, charter schools, and other large school systems. Additionally, a new report released by ACT shows that private school students are significantly more ready for college than students who attend public schools. 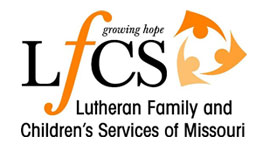 Today’s sermonette is given by Rev. Timothy Appel of Grace Lutheran Church in Smithville, TX.

30 What shall we say, then? That Gentiles who did not pursue righteousness have attained it, that is, a righteousness that is by faith; 31 but that Israel who pursued a law that would lead to righteousness[b] did not succeed in reaching that law. 32 Why? Because they did not pursue it by faith, but as if it were based on works. They have stumbled over the stumbling stone, 33 as it is written,