Home » Cross Defense – The Apologetic of The Book of Daniel 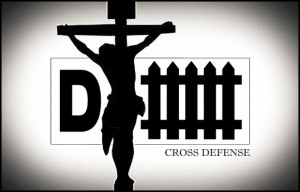 The Apologetic of The Book of Daniel

Dr. Andrew Steinmann (Professor of Theology at Concordia University Chicago and author of Concordia Commentary on Daniel) joins host Rev. Rod Zwonitzer as they look at Dr. John Lennox’s book Against the Flow  and talk about the major themes of Daniel, as well as what to do when the government becomes god?

Against the Flow: The Inspiration of Daniel in an Age of Relativism 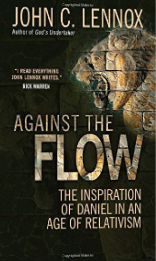 Daniel’s story is one of extraordinary faith in God lived out at the pinnacle of executive power. It tells of four young men, born in the tiny state of Judah around 500 b.c., and captured by Nebuchadnezzar, emperor of Babylon. Daniel describes how they eventually rose to senior positions of administration.

Daniel and his friends did not simply maintain their private devotion to God; they maintained a high-profile witness in a pluralistic society antagonistic to their faith. Their story carries a powerful message for us today. Society tolerates the practice of Christianity in private and in church services, but increasingly it deprecates public witness. If Daniel and his compatriots were with us today they would be in the vanguard of public debate.

This is a lucid and erudite examination of the life of Daniel from a leading expert on faith and science. In his first biblical work, Dr. Lennox provides a unique perspective on both Western society and biblical exegesis that will make Against the Flow an instant classic encouraging Christians to speak out in our modern Babylon.

The Gospel of the kingdom of God finds its most consistent Old Testament treatment in Daniel. This biblical book is much more than a combination of miraculous stories and fantastic visions; it presents the Gospel of the promised Messiah and his eternal kingdom. However, interpreting Daniel is no easy task. While the narratives about Daniel and his fellow Judeans appear simple (belying a rich theological complexity), the visions at the end of the book seem extraordinarily complicated. Thus, the challenge for any commentator is to understand the book as a whole and to explain its rich and variegated view of the Gospel and the Savior.

Since at least the first century before Christ, Daniel has been the subject of intense scrutiny by religious zealots seeking to view it as an eschatological roadmap for determining all sorts of harmful theologies of triumphalism. In our day this is often manifested in millennial speculation. This commentary shows that Daniel is not an adjunct to such theories, an oracle to be bent in service to eschatological speculation about an earthly messianic kingdom. Instead, it is a book about Christ, the salvation he accomplished by his cross, and the eternal glory he promises his redeemed people. Christ preserved his people throughout the Babylonian captivity and pointed them forward to the coming of his kingdom at his first advent, and the consummation at his second advent. Through this book Christ preserves us in faith until he returns in glory to bring us into the fullness of eternal life.provides Gospel comfort to the church, which will be vindicated.

Dr. Lessing’s scholarly expertise and decades of service as a seminary professor and pastor are evident as he meticulously expounds the text, historical setting, theology, Christology, and pastoral applications of “the fifth Gospel.” He explains why the prophet’s saving message, soaring language, and unforgettable imagery are so tightly woven into the fabric of Christian hymnody, liturgy, and prayer. Pericopes from chapters 40–55, which include the Suffering Servant Songs, permeate the lectionary throughout the church year.

Thy Strong Word - Isaiah 25 "God Will Swallow Up Death Forever"

His Time - St. Paul’s Christmas Services, 1517 The Legacy Project, Do Not Love the World