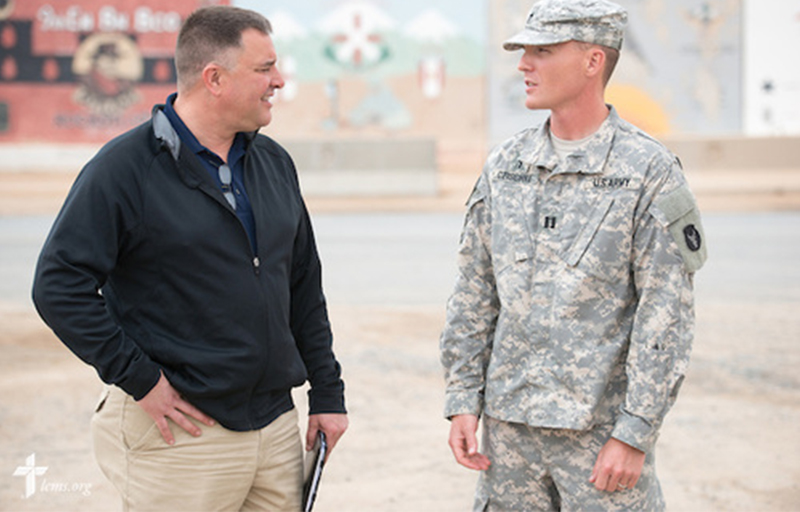 Home » His Time – Chaplaincy in the Navy, Creation Club, “The Faith of a Canaanite Woman”

1. Chaplaincy in the Navy

Today’s sermonette is given by Rev. Gregory Werdin from Epiphany Evangelical Lutheran Church in Congress, Arizona.

21 And Jesus went away from there and withdrew to the district of Tyre and Sidon. 22 And behold, a Canaanite woman from that region came out and was crying, “Have mercy on me, O Lord, Son of David; my daughter is severely oppressed by a demon.” 23 But he did not answer her a word. And his disciples came and begged him, saying, “Send her away, for she is crying out after us.” 24 He answered, “I was sent only to the lost sheep of the house of Israel.” 25 But she came and knelt before him, saying, “Lord, help me.” 26 And he answered, “It is not right to take the children’s bread and throw it to the dogs.” 27 She said, “Yes, Lord, yet even the dogs eat the crumbs that fall from their masters’ table.” 28 Then Jesus answered her, “O woman, great is your faith! Be it done for you as you desire.” And her daughter was healed instantly.[a]

29 Jesus went on from there and walked beside the Sea of Galilee. And he went up on the mountain and sat down there. 30 And great crowds came to him, bringing with them the lame, the blind, the crippled, the mute, and many others, and they put them at his feet, and he healed them, 31 so that the crowd wondered, when they saw the mute speaking,the crippled healthy, the lame walking, and the blind seeing. And they glorified the God of Israel.

Thy Strong Word - Exodus 30: "The Altar of Incense"