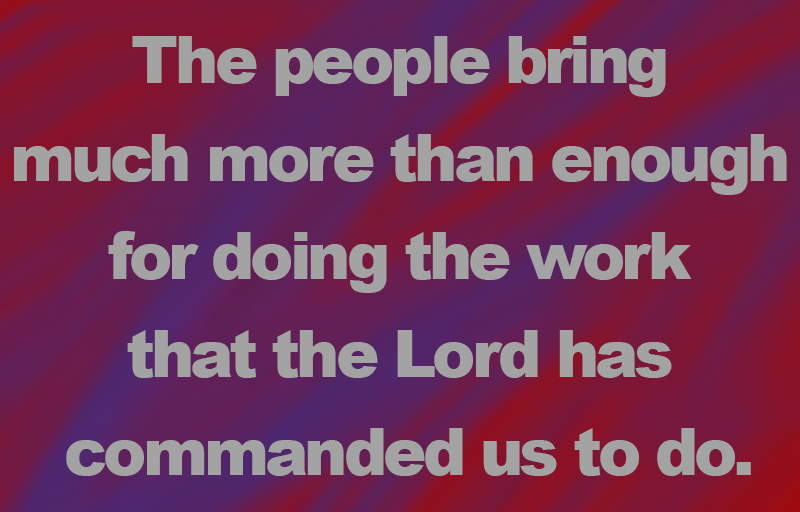 Home » Thy Strong Word – Exodus 36: “Construction of the Tabernacle”

2 And Moses called Bezalel and Oholiab and every craftsman in whose mind the Lord had put skill, everyone whose heart stirred him up to come to do the work. 3 And they received from Moses all the contribution that the people of Israel had brought for doing the work on the sanctuary. They still kept bringing him freewill offerings every morning,4 so that all the craftsmen who were doing every sort of task on the sanctuary came, each from the task that he was doing, 5 and said to Moses, “The people bring much more than enough for doing the work that the Lord has commanded us to do.” 6 So Moses gave command, and word was proclaimed throughout the camp, “Let no man or woman do anything more for the contribution for the sanctuary.” So the people were restrained from bringing, 7 for the material they had was sufficient to do all the work, and more.

BookTalk - Being Dad: Father as a Picture of God’s Grace