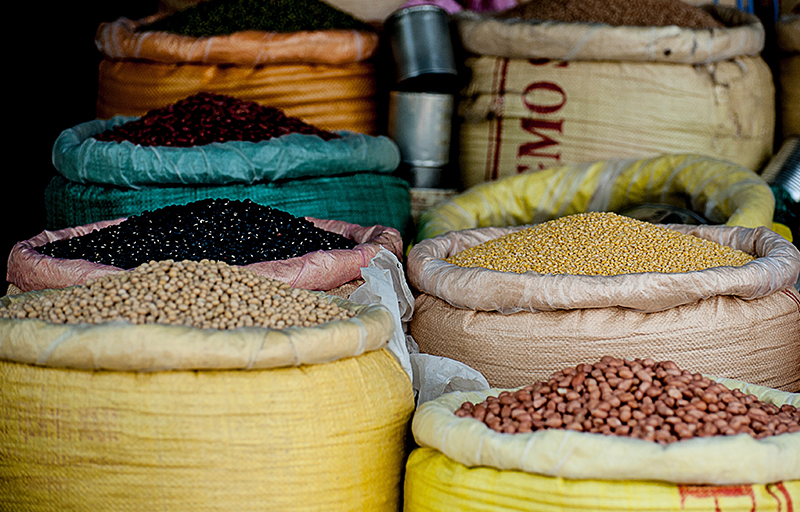 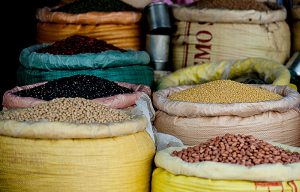 13 That same day Jesus went out of the house and sat beside the sea.2 And great crowds gathered about him, so that he got into a boat and sat down. And the whole crowd stood on the beach. 3 And he told them many things in parables, saying: “A sower went out to sow. 4 And as he sowed, some seeds fell along the path, and the birds came and devoured them. 5 Other seeds fell on rocky ground, where they did not have much soil, and immediately they sprang up, since they had no depth of soil, 6 but when the sun rose they were scorched. And since they had no root, they withered away. 7 Other seeds fell among thorns, and the thorns grew up and choked them. 8 Other seeds fell on good soil and produced grain, some a hundredfold, some sixty, some thirty. 9 He who has ears,[a] let him hear.”

10 Then the disciples came and said to him, “Why do you speak to them in parables?” 11 And he answered them, “To you it has been given to know the secrets of the kingdom of heaven, but to them it has not been given. 12 For to the one who has, more will be given, and he will have an abundance, but from the one who has not, even what he has will be taken away. 13 This is why I speak to them in parables, because seeing they do not see, and hearing they do not hear, nor do they understand.14 Indeed, in their case the prophecy of Isaiah is fulfilled that says:

16 But blessed are your eyes, for they see, and your ears, for they hear.17 For truly, I say to you, many prophets and righteous people longed to see what you see, and did not see it, and to hear what you hear, and did not hear it.

24 He put another parable before them, saying, “The kingdom of heaven may be compared to a man who sowed good seed in his field, 25 but while his men were sleeping, his enemy came and sowed weeds[c]among the wheat and went away. 26 So when the plants came up and bore grain, then the weeds appeared also. 27 And the servants[d] of the master of the house came and said to him, ‘Master, did you not sow good seed in your field? How then does it have weeds?’ 28 He said to them, ‘An enemy has done this.’ So the servants said to him, ‘Then do you want us to go and gather them?’ 29 But he said, ‘No, lest in gathering the weeds you root up the wheat along with them. 30 Let both grow together until the harvest, and at harvest time I will tell the reapers, “Gather the weeds first and bind them in bundles to be burned, but gather the wheat into my barn.”’”

31 He put another parable before them, saying, “The kingdom of heaven is like a grain of mustard seed that a man took and sowed in his field.32 It is the smallest of all seeds, but when it has grown it is larger than all the garden plants and becomes a tree, so that the birds of the air come and make nests in its branches.”

34 All these things Jesus said to the crowds in parables; indeed, he said nothing to them without a parable. 35 This was to fulfill what was spoken by the prophet:[e]

51 “Have you understood all these things?” They said to him, “Yes.”52 And he said to them, “Therefore every scribe who has been trained for the kingdom of heaven is like a master of a house, who brings out of his treasure what is new and what is old.”