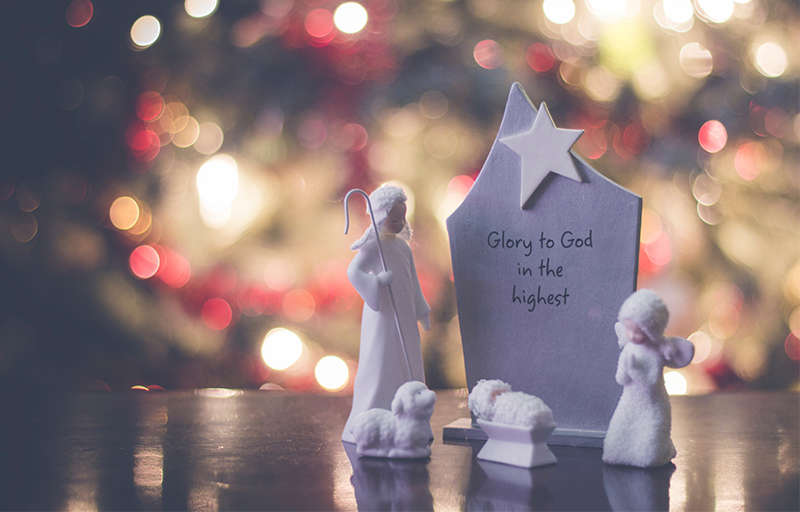 Home » Thy Strong Word – Looking Ahead: The Nativity of Our Lord 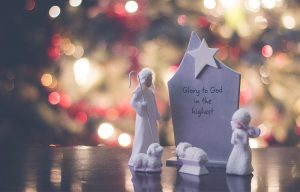 Sneak Peek: The Nativity of Our Lord

6 For to us a child is born,
to us a son is given;
and the government shall be upon[a] his shoulder,
and his name shall be called[b]
Wonderful Counselor, Mighty God,
Everlasting Father, Prince of Peace.

Make a Joyful Noise to the Lord

98 Oh sing to the Lord a new song,
for he has done marvelous things!
His right hand and his holy arm
have worked salvation for him.
2 The Lord has made known his salvation;
he has revealed his righteousness in the sight of the nations.
3 He has remembered his steadfast love and faithfulness
to the house of Israel.
All the ends of the earth have seen
the salvation of our God.

4 Make a joyful noise to the Lord, all the earth;
break forth into joyous song and sing praises!

6 For to us a child is born,
to us a son is given;
and the government shall be upon[a] his shoulder,
and his name shall be called[b]
Wonderful Counselor, Mighty God,
Everlasting Father, Prince of Peace.

Make a Joyful Noise to the Lord

98 Oh sing to the Lord a new song,
for he has done marvelous things!

7 How beautiful upon the mountains
are the feet of him who brings good news,
who publishes peace, who brings good news of happiness,
who publishes salvation,
who says to Zion, “Your God reigns.”
8 The voice of your watchmen—they lift up their voice;
together they sing for joy;
for eye to eye they see
the return of the Lord to Zion.
9 Break forth together into singing,
you waste places of Jerusalem,
for the Lord has comforted his people;
he has redeemed Jerusalem.
10 The Lord has bared his holy arm
before the eyes of all the nations,
and all the ends of the earth shall see
the salvation of our God.

The Reign of the Lord‘s Anointed

2 Why do the nations rage[a]
and the peoples plot in vain?
2 The kings of the earth set themselves,
and the rulers take counsel together,
against the Lord and against his Anointed, saying,
3 “Let us burst their bonds apart
and cast away their cords from us.”

4 He who sits in the heavens laughs;
the Lord holds them in derision.
5 Then he will speak to them in his wrath,
and terrify them in his fury, saying,
6 “As for me, I have set my King
on Zion, my holy hill.”

7 I will tell of the decree:
The Lord said to me, “You are my Son;
today I have begotten you.
8 Ask of me, and I will make the nations your heritage,
and the ends of the earth your possession.
9 You shall break[b] them with a rod of iron
and dash them in pieces like a potter’s vessel.”

10 Now therefore, O kings, be wise;
be warned, O rulers of the earth.
11 Serve the Lord with fear,
and rejoice with trembling.
12 Kiss the Son,
lest he be angry, and you perish in the way,
for his wrath is quickly kindled.
Blessed are all who take refuge in him.

The Supremacy of God’s Son

1 Long ago, at many times and in many ways, God spoke to our fathers by the prophets, 2 but in these last days he has spoken to us by his Son, whom he appointed the heir of all things, through whom also he created the world. 3 He is the radiance of the glory of God and the exact imprint of his nature, and he upholds the universe by the word of his power. After making purification for sins, he sat down at the right hand of the Majesty on high, 4 having become as much superior to angels as the name he has inherited is more excellent than theirs.

5 For to which of the angels did God ever say,

“You are my Son,
today I have begotten you”?

6 And again, when he brings the firstborn into the world, he says,

“Let all God’s angels worship him.”

7 Of the angels he says,

“He makes his angels winds,
and his ministers a flame of fire.”

“Your throne, O God, is forever and ever,
the scepter of uprightness is the scepter of your kingdom.
9 You have loved righteousness and hated wickedness;
therefore God, your God, has anointed you
with the oil of gladness beyond your companions.”

“You, Lord, laid the foundation of the earth in the beginning,
and the heavens are the work of your hands;
11 they will perish, but you remain;
they will all wear out like a garment,
12 like a robe you will roll them up,
like a garment they will be changed.[a]
But you are the same,
and your years will have no end.”

14 And the Word became flesh and dwelt among us, and we have seen his glory, glory as of the only Son from the Father, full of grace and truth.

9 The true light, which gives light to everyone, was coming into the world. 10 He was in the world, and the world was made through him, yet the world did not know him. 11 He came to his own,[b] and his own people[c] did not receive him. 12 But to all who did receive him, who believed in his name, he gave the right to become children of God,13 who were born, not of blood nor of the will of the flesh nor of the will of man, but of God.

14 And the Word became flesh and dwelt among us, and we have seen his glory, glory as of the only Son[d] from the Father, full of grace and truth. 15 (John bore witness about him, and cried out, “This was he of whom I said, ‘He who comes after me ranks before me, because he was before me.’”) 16 For from his fullness we have all received, grace upon grace.[e] 17 For the law was given through Moses; grace and truth came through Jesus Christ. 18 No one has ever seen God; the only God,[f] who is at the Father’s side,[g] he has made him known.

A Free Book of Hymns as Poetry: with Bryan Wolfmueller

The Student Union – The Body of Christ and the Public Square