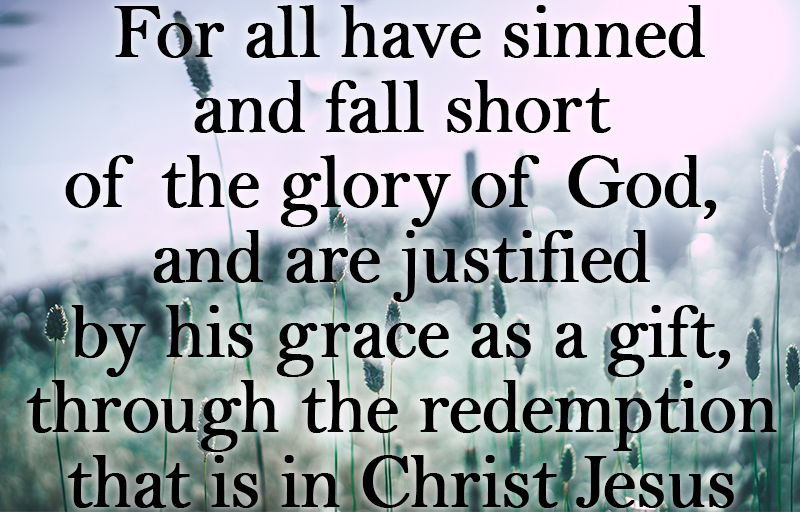 Today’s sermonette is given by Rev. Adam Filipek from Holy Cross and Immanuel Lutheran Churches in Lidgerwood, North Dakota.

19 Now we know that whatever the law says it speaks to those who are under the law, so that every mouth may be stopped, and the whole world may be held accountable to God. 20 For by works of the law no human being[a] will be justified in his sight, since through the law comes knowledge of sin.