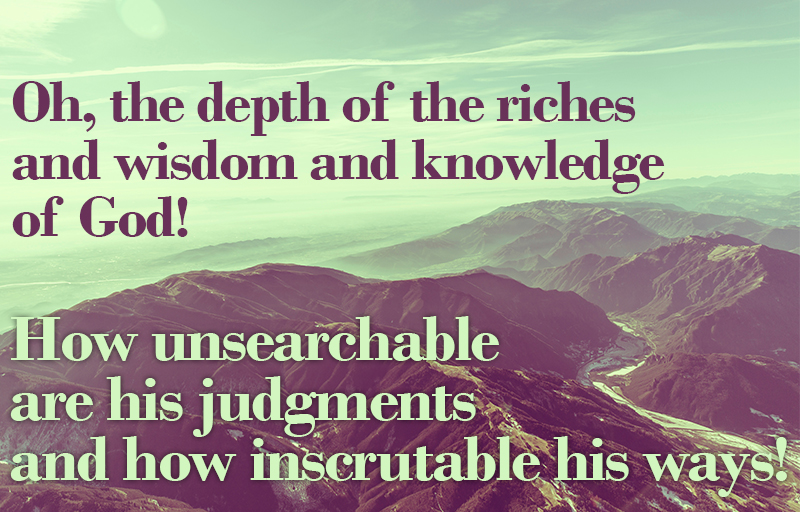 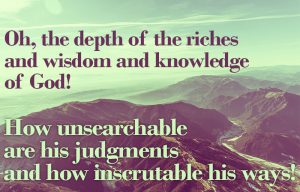 17 But if some of the branches were broken off, and you, although a wild olive shoot, were grafted in among the others and now share in the nourishing root[c] of the olive tree, 18 do not be arrogant toward the branches. If you are, remember it is not you who support the root, but the root that supports you. 19 Then you will say, “Branches were broken off so that I might be grafted in.” 20 That is true. They were broken off because of their unbelief, but you stand fast through faith. So do not become proud, but fear. 21 For if God did not spare the natural branches, neither will he spare you. 22 Note then the kindness and the severity of God: severity toward those who have fallen, but God’s kindness to you, provided you continue in his kindness. Otherwise you too will be cut off.23 And even they, if they do not continue in their unbelief, will be grafted in, for God has the power to graft them in again. 24 For if you were cut from what is by nature a wild olive tree, and grafted, contrary to nature, into a cultivated olive tree, how much more will these, the natural branches, be grafted back into their own olive tree.

The Mystery of Israel’s Salvation

25 Lest you be wise in your own sight, I do not want you to be unaware of this mystery, brothers:[d] a partial hardening has come upon Israel, until the fullness of the Gentiles has come in. 26 And in this way all Israel will be saved, as it is written,

“The Deliverer will come from Zion,
he will banish ungodliness from Jacob”;
27 “and this will be my covenant with them
when I take away their sins.”

28 As regards the gospel, they are enemies for your sake. But as regards election, they are beloved for the sake of their forefathers. 29 For the gifts and the calling of God are irrevocable. 30 For just as you were at one time disobedient to God but now have received mercy because of their disobedience, 31 so they too have now been disobedient in order that by the mercy shown to you they also may now[e] receive mercy. 32 For God has consigned all to disobedience, that he may have mercy on all.

33 Oh, the depth of the riches and wisdom and knowledge of God! How unsearchable are his judgments and how inscrutable his ways!

34 “For who has known the mind of the Lord,
or who has been his counselor?”
35 “Or who has given a gift to him
that he might be repaid?”

36 For from him and through him and to him are all things. To him be glory forever. Amen.