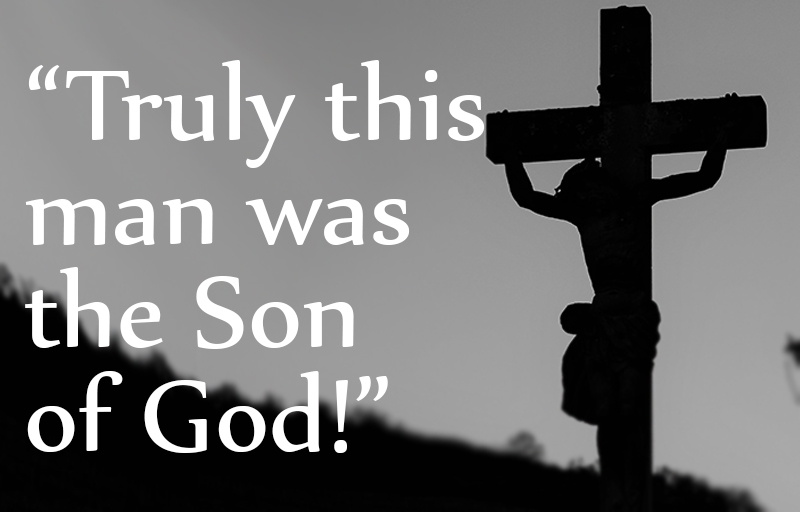 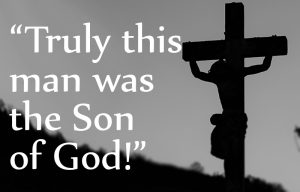 33 And when the sixth hour[a] had come, there was darkness over the whole land until the ninth hour.[b] 34 And at the ninth hour Jesus cried with a loud voice, “Eloi, Eloi, lema sabachthani?” which means, “My God, my God, why have you forsaken me?” 35 And some of the bystanders hearing it said, “Behold, he is calling Elijah.” 36 And someone ran and filled a sponge with sour wine, put it on a reed and gave it to him to drink, saying, “Wait, let us see whether Elijah will come to take him down.” 37 And Jesus uttered a loud cry and breathed his last. 38 And the curtain of the temple was torn in two, from top to bottom. 39 And when the centurion, who stood facing him, saw that in this way he[c] breathed his last, he said, “Truly this man was the Son[d] of God!”

42 And when evening had come, since it was the day of Preparation, that is, the day before the Sabbath, 43 Joseph of Arimathea, a respected member of the council, who was also himself looking for the kingdom of God, took courage and went to Pilate and asked for the body of Jesus.44 Pilate was surprised to hear that he should have already died.[e] And summoning the centurion, he asked him whether he was already dead.45 And when he learned from the centurion that he was dead, he granted the corpse to Joseph. 46 And Joseph[f] bought a linen shroud, and taking him down, wrapped him in the linen shroud and laid him in a tomb that had been cut out of the rock. And he rolled a stone against the entrance of the tomb. 47 Mary Magdalene and Mary the mother of Joses saw where he was laid.