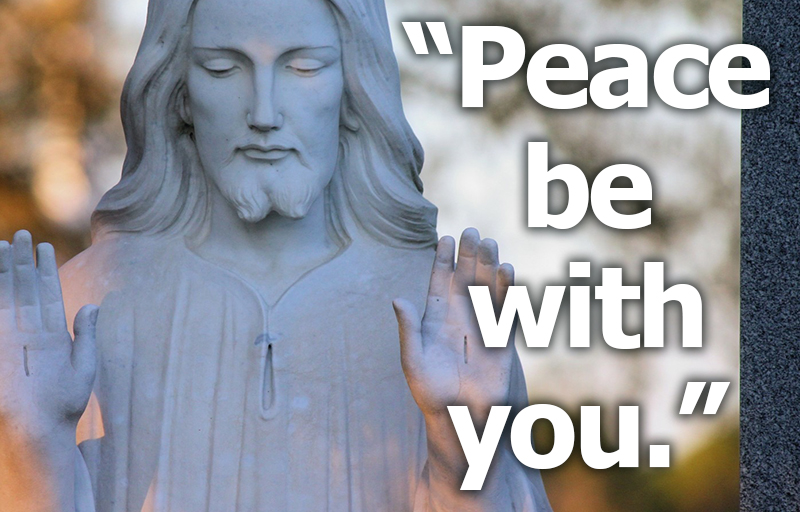 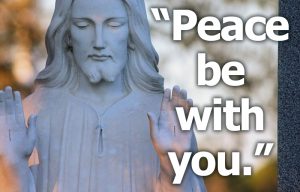 105 Oh give thanks to the Lord; call upon his name;
make known his deeds among the peoples!
2 Sing to him, sing praises to him;
tell of all his wondrous works!
3 Glory in his holy name;
let the hearts of those who seek the Lord rejoice!
4 Seek the Lord and his strength;
seek his presence continually!
5 Remember the wondrous works that he has done,
his miracles, and the judgments he uttered,

8 He remembers his covenant forever,
the word that he commanded, for a thousand generations,

2 Like newborn infants, long for the pure spiritual milk, that by it you may grow up into salvation— 3 if indeed you have tasted that the Lord is good.

29 But Peter and the apostles answered, “We must obey God rather than men. 30 The God of our fathers raised Jesus, whom you killed by hanging him on a tree. 31 God exalted him at his right hand as Leader and Savior, to give repentance to Israel and forgiveness of sins. 32 And we are witnesses to these things, and so is the Holy Spirit, whom God has given to those who obey him.”

33 When they heard this, they were enraged and wanted to kill them.34 But a Pharisee in the council named Gamaliel, a teacher of the law held in honor by all the people, stood up and gave orders to put the men outside for a little while. 35 And he said to them, “Men of Israel, take care what you are about to do with these men. 36 For before these days Theudas rose up, claiming to be somebody, and a number of men, about four hundred, joined him. He was killed, and all who followed him were dispersed and came to nothing. 37 After him Judas the Galilean rose up in the days of the census and drew away some of the people after him. He too perished, and all who followed him were scattered. 38 So in the present case I tell you, keep away from these men and let them alone, for if this plan or this undertaking is of man, it will fail; 39 but if it is of God, you will not be able to overthrow them. You might even be found opposing God!” So they took his advice, 40 and when they had called in the apostles, they beat them and charged them not to speak in the name of Jesus, and let them go. 41 Then they left the presence of the council, rejoicing that they were counted worthy to suffer dishonor for the name.42 And every day, in the temple and from house to house, they did not cease teaching and preaching that the Christ is Jesus.

Praise the Name of the Lord

3 Praise him, sun and moon,
praise him, all you shining stars!
4 Praise him, you highest heavens,
and you waters above the heavens!

5 Let them praise the name of the Lord!
For he commanded and they were created.
6 And he established them forever and ever;
he gave a decree, and it shall not pass away.[a]

7 Praise the Lord from the earth,
you great sea creatures and all deeps,
8 fire and hail, snow and mist,
stormy wind fulfilling his word!

9 Mountains and all hills,
fruit trees and all cedars!
10 Beasts and all livestock,
creeping things and flying birds!

11 Kings of the earth and all peoples,
princes and all rulers of the earth!
12 Young men and maidens together,
old men and children!

13 Let them praise the name of the Lord,
for his name alone is exalted;
his majesty is above earth and heaven.
14 He has raised up a horn for his people,
praise for all his saints,
for the people of Israel who are near to him.
Praise the Lord!

29 “Blessed are those who have not seen and yet have believed.”

19 On the evening of that day, the first day of the week, the doors being locked where the disciples were for fear of the Jews,[a] Jesus came and stood among them and said to them, “Peace be with you.” 20 When he had said this, he showed them his hands and his side. Then the disciples were glad when they saw the Lord. 21 Jesus said to them again, “Peace be with you. As the Father has sent me, even so I am sending you.”22 And when he had said this, he breathed on them and said to them, “Receive the Holy Spirit. 23 If you forgive the sins of any, they are forgiven them; if you withhold forgiveness from any, it is withheld.”

The Student Union – Away with the Atheists: Learning Civil Disobedience from the Martyrs