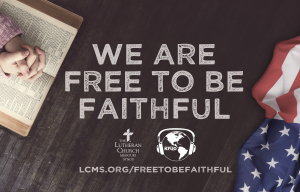 People of faith and our institutions have come under increasing attack in recent years from secular sources. The United States Military is one of the targets. Military people of faith have been punished for following the dictates of their consciences. Many examples of these punishments can be found. One organization taking up the cause of religious freedom in the military is First Liberty Institute. Guest Michael Berry, Deputy General Counsel for First Liberty Institute, talks about these issues, including the case of Air Force Colonel Leland Bohannon.

The Student Union – Before You Get There: Tips on What to do Before You Even Apply to College

Oratio: Give Ear to the Words of My Mouth