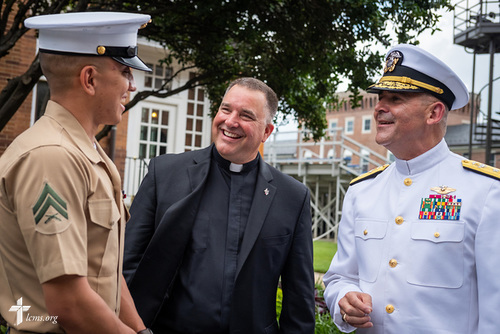 A new man has been selected as the 20th Chaplain of the Marine Corps. Rear Admiral Gregory N. Todd, a ordained LCMS minister, has served in the military for 32 years. Director of the LCMS Ministry to the Armed Forces Chaplain Craig Muehler attended Todd’s promotion ceremony in the nation’s capital. World Lutheran News Digest host Kip Allen speaks with Chaplain Muehler about Chaplain Todd and the role of the Chaplain’s Corps in today’s military. View the gallery of photos from Chaplain Todd’s ceremony at lcmsphoto.photoshelter.com.

The Student Union – CRAVE: The Initiative of a College-Age Christian Short Film Director

Thy Strong Word - Romans 14: Do Not Pass Judgment on One Another