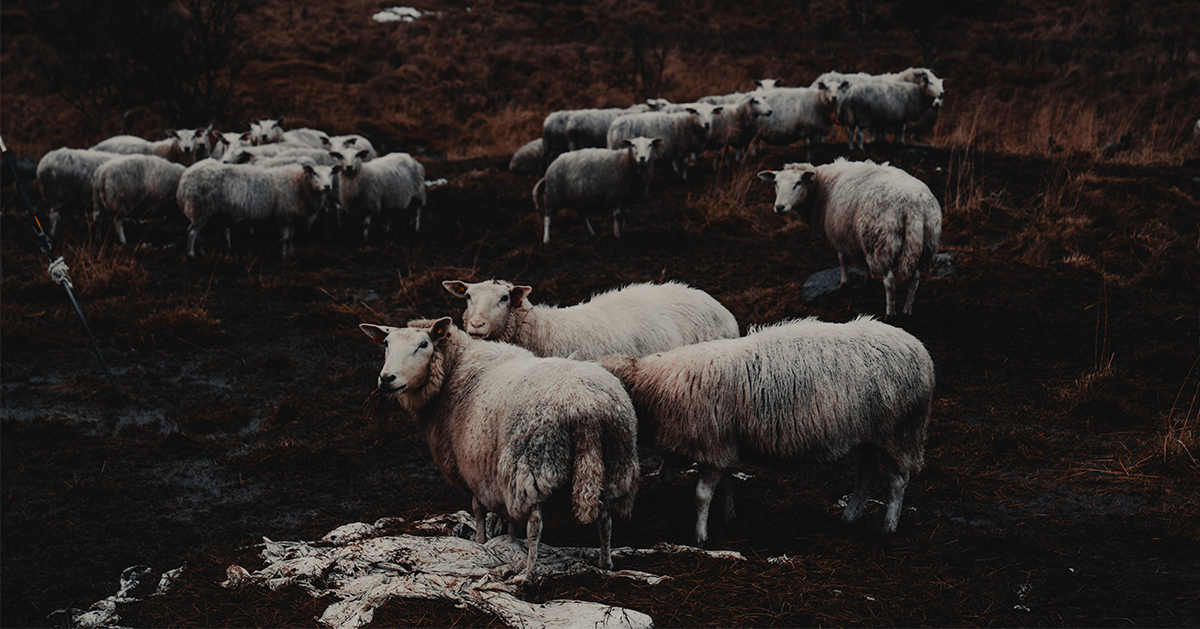 Home » Sharper Iron & Truth in Genesis: The Wood and the Promise

Rev. Dr. Adam Filipek, pastor of Holy Cross Lutheran Church & Immanuel Lutheran Church in Lidgerwood, North Dakota, studies Genesis 30:24-43 on today’s episode. Dr. Filipek talks about how this chapter fits into the larger Genesis narrative, what’s with the Divination, why Jacob’s prosperity matters for us, and why the sheep produce spotted and speckled progeny (and why that matters).

24 And she called his name Joseph,[a] saying, “May the Lord add to me another son!”

25 As soon as Rachel had borne Joseph, Jacob said to Laban, “Send me away, that I may go to my own home and country. 26 Give me my wives and my children for whom I have served you, that I may go, for you know the service that I have given you.” 27 But Laban said to him, “If I have found favor in your sight, I have learned by divination that[b] the Lord has blessed me because of you. 28 Name your wages, and I will give it.” 29 Jacob said to him, “You yourself know how I have served you, and how your livestock has fared with me. 30 For you had little before I came, and it has increased abundantly, and the Lord has blessed you wherever I turned. But now when shall I provide for my own household also?”31 He said, “What shall I give you?” Jacob said, “You shall not give me anything. If you will do this for me, I will again pasture your flock and keep it: 32 let me pass through all your flock today, removing from it every speckled and spotted sheep and every black lamb, and the spotted and speckled among the goats, and they shall be my wages.33 So my honesty will answer for me later, when you come to look into my wages with you. Every one that is not speckled and spotted among the goats and black among the lambs, if found with me, shall be counted stolen.” 34 Laban said, “Good! Let it be as you have said.” 35 But that day Laban removed the male goats that were striped and spotted, and all the female goats that were speckled and spotted, every one that had white on it, and every lamb that was black, and put them in the charge of his sons. 36 And he set a distance of three days’ journey between himself and Jacob, and Jacob pastured the rest of Laban’s flock.

37 Then Jacob took fresh sticks of poplar and almond and plane trees, and peeled white streaks in them, exposing the white of the sticks. 38 He set the sticks that he had peeled in front of the flocks in the troughs, that is, the watering places, where the flocks came to drink. And since they bred when they came to drink, 39 the flocks bred in front of the sticks and so the flocks brought forth striped, speckled, and spotted.40 And Jacob separated the lambs and set the faces of the flocks toward the striped and all the black in the flock of Laban. He put his own droves apart and did not put them with Laban’s flock. 41 Whenever the stronger of the flock were breeding, Jacob would lay the sticks in the troughs before the eyes of the flock, that they might breed among the sticks,42 but for the feebler of the flock he would not lay them there. So the feebler would be Laban’s, and the stronger Jacob’s. 43 Thus the man increased greatly and had large flocks, female servants and male servants, and camels and donkeys.

Oratio: Being Made Well or Being Saved?