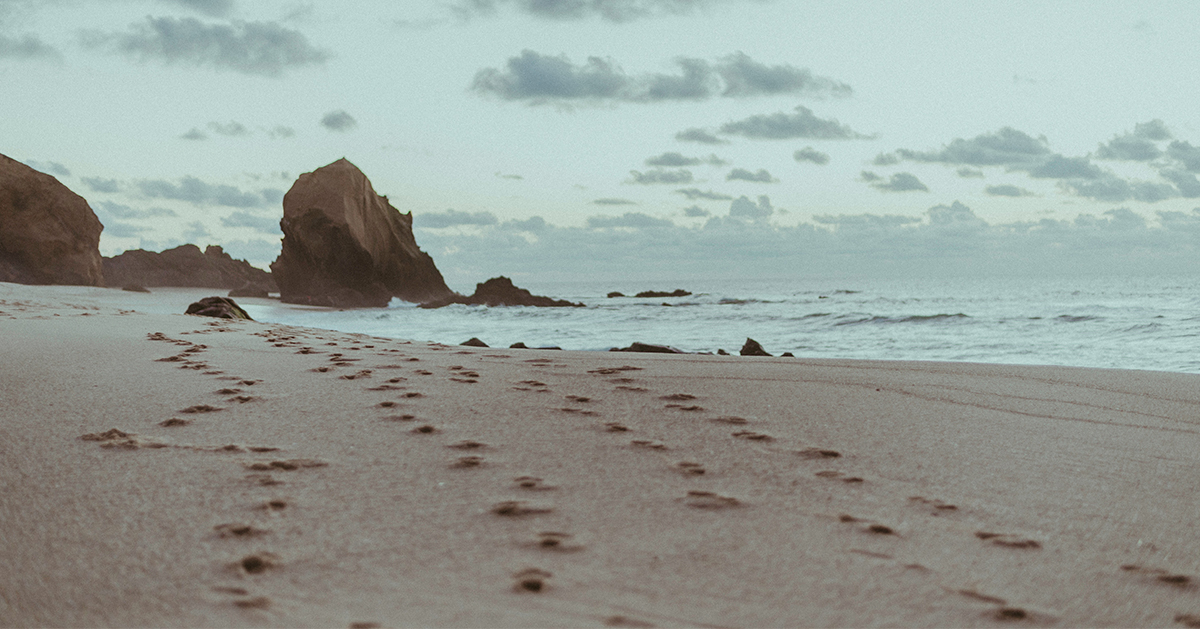 Waves tossing against a boat on the Sea of Galilee, fish roasting over a charcoal fire on the beach: a mundane yet majestic image of the resurrection. In John’s final chapter 21, seven disciples are present for this last resurrection appearance, seemingly every disciple we’ve been on this journey with: Peter, Thomas, Nathanael, James & John, and probably Andrew & Philip. As Peter jumps out of the boat to swim to shore, we recall the first time the disciples encountered Jesus. Jesus again says “Follow me.” They’ve all been gathered together because there’s a larger mission of gathering that awaits them, hinted at in the miraculous catch of 153 fish.

On the seashore, Peter finds much more than breakfast. He finds forgiveness for his sins, and a new challenge: not just to feed himself as a fisherman, but to feed Christ’s lambs, the little siblings of this new brotherhood. He is challenged to the highest devotion to Christ because he will serve as an example to us: to look straight ahead to Jesus, and no one else. Even if it means a cross, we’ve already seen “the resurrection and the life,” who now lives in us through faith.

21 After this Jesus revealed himself again to the disciples by the Sea of Tiberias, and he revealed himself in this way. 2 Simon Peter, Thomas (called the Twin), Nathanael of Cana in Galilee, the sons of Zebedee, and two others of his disciples were together. 3 Simon Peter said to them, “I am going fishing.” They said to him, “We will go with you.” They went out and got into the boat, but that night they caught nothing.

4 Just as day was breaking, Jesus stood on the shore; yet the disciples did not know that it was Jesus. 5 Jesus said to them, “Children, do you have any fish?” They answered him, “No.” 6 He said to them, “Cast the net on the right side of the boat, and you will find some.” So they cast it, and now they were not able to haul it in, because of the quantity of fish. 7 That disciple whom Jesus loved therefore said to Peter, “It is the Lord!” When Simon Peter heard that it was the Lord, he put on his outer garment, for he was stripped for work, and threw himself into the sea.8 The other disciples came in the boat, dragging the net full of fish, for they were not far from the land, but about a hundred yards[a] off.

9 When they got out on land, they saw a charcoal fire in place, with fish laid out on it, and bread. 10 Jesus said to them, “Bring some of the fish that you have just caught.” 11 So Simon Peter went aboard and hauled the net ashore, full of large fish, 153 of them. And although there were so many, the net was not torn. 12 Jesus said to them, “Come and have breakfast.” Now none of the disciples dared ask him, “Who are you?” They knew it was the Lord. 13 Jesus came and took the bread and gave it to them, and so with the fish. 14 This was now the third time that Jesus was revealed to the disciples after he was raised from the dead.

Jesus and the Beloved Apostle

25 Now there are also many other things that Jesus did. Were every one of them to be written, I suppose that the world itself could not contain the books that would be written.

Concord Matters - I Want My Own Law