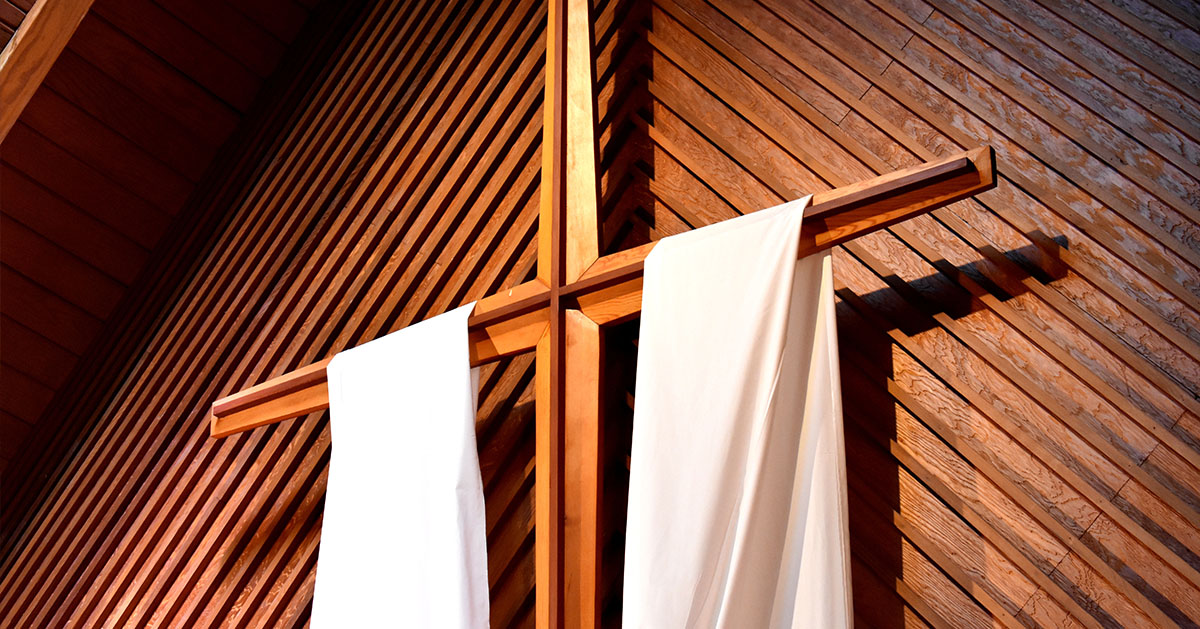 Rev. Dustin Beck, pastor of Trinity Lutheran Church in Corpus Christi, TX, studies Genesis 49:28-50:14 on today’s episode. Pastor Beck talks about the death and burial of Jacob, how Christians can confess the truth of the resurrection even with death and burial, and the faithful witness Jacob’s burial gave even to the Egyptians.

28 All these are the twelve tribes of Israel. This is what their father said to them as he blessed them, blessing each with the blessing suitable to him. 29 Then he commanded them and said to them, “I am to be gathered to my people; bury me with my fathers in the cave that is in the field of Ephron the Hittite, 30 in the cave that is in the field at Machpelah, to the east of Mamre, in the land of Canaan, which Abraham bought with the field from Ephron the Hittite to possess as a burying place. 31 There they buried Abraham and Sarah his wife. There they buried Isaac and Rebekah his wife, and there I buried Leah— 32 the field and the cave that is in it were bought from the Hittites.” 33 When Jacob finished commanding his sons, he drew up his feet into the bed and breathed his last and was gathered to his people.

4 And when the days of weeping for him were past, Joseph spoke to the household of Pharaoh, saying, “If now I have found favor in your eyes, please speak in the ears of Pharaoh, saying, 5 ‘My father made me swear, saying, “I am about to die: in my tomb that I hewed out for myself in the land of Canaan, there shall you bury me.” Now therefore, let me please go up and bury my father. Then I will return.’” 6 And Pharaoh answered, “Go up, and bury your father, as he made you swear.” 7 So Joseph went up to bury his father. With him went up all the servants of Pharaoh, the elders of his household, and all the elders of the land of Egypt, 8 as well as all the household of Joseph, his brothers, and his father’s household. Only their children, their flocks, and their herds were left in the land of Goshen. 9 And there went up with him both chariots and horsemen. It was a very great company. 10 When they came to the threshing floor of Atad, which is beyond the Jordan, they lamented there with a very great and grievous lamentation, and he made a mourning for his father seven days. 11 When the inhabitants of the land, the Canaanites, saw the mourning on the threshing floor of Atad, they said, “This is a grievous mourning by the Egyptians.” Therefore the place was named Abel-mizraim;[a] it is beyond the Jordan.12 Thus his sons did for him as he had commanded them, 13 for his sons carried him to the land of Canaan and buried him in the cave of the field at Machpelah, to the east of Mamre, which Abraham bought with the field from Ephron the Hittite to possess as a burying place. 14 After he had buried his father, Joseph returned to Egypt with his brothers and all who had gone up with him to bury his father.