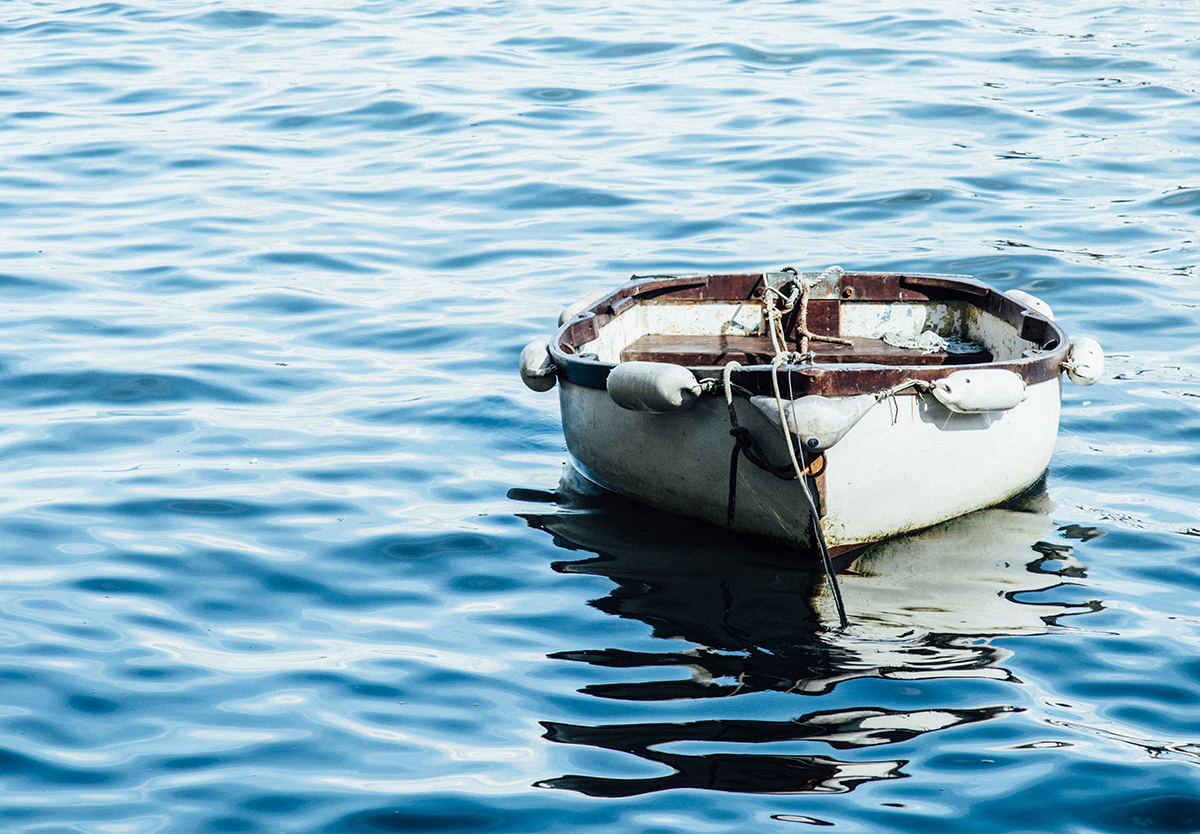 Home » Sharper Iron — All Righteousness Fulfilled: Stay in the Boat with Jesus

The question, “Who is Jesus?” dominates the text. Jesus dismisses the crowds after the feeding of the 5,000 in order to give His disciples a clearer answer to this question. He sends them ahead of Him in the boat while He spends time alone in prayer. Jesus exemplifies the teaching that He has given to His disciples. After some time, He comes to them on the Sea, walking to them. He intends to draw near to them as their Savior. The disciples’ fear is connected to their confusion concerning Jesus’ identity; they think He is a ghost. Jesus takes away their fear by identifying Himself to them; He is God in the flesh here to be their Savior. Peter, however, meets Jesus with doubt. He questions Jesus’ Word and asks to step out of the boat with Jesus. The Lord graciously agrees, and Peter walks on water to Jesus. He doubts yet again, however, taking his eyes off Jesus and beginning to sink. He rightly cries to Jesus for help, and the Lord quickly rescues His doubting disciple. Upon getting into the boat with the rest, the reaction is quick and astounding. They bow down in worship and acclaim Jesus as the Son of God, His true title that is seen fully in His death on the cross.

28 And Peter answered him, “Lord, if it is you, command me to come to you on the water.” 29 He said, “Come.” So Peter got out of the boat and walked on the water and came to Jesus. 30 But when he saw the wind,[d] he was afraid, and beginning to sink he cried out, “Lord, save me.” 31 Jesus immediately reached out his hand and took hold of him, saying to him, “O you of little faith, why did you doubt?” 32 And when they got into the boat, the wind ceased. 33 And those in the boat worshiped him, saying, “Truly you are the Son of God.”

34 And when they had crossed over, they came to land at Gennesaret. 35 And when the men of that place recognized him, they sent around to all that region and brought to him all who were sick 36 and implored him that they might only touch the fringe of his garment. And as many as touched it were made well.

Oratio: Go and Sin No More