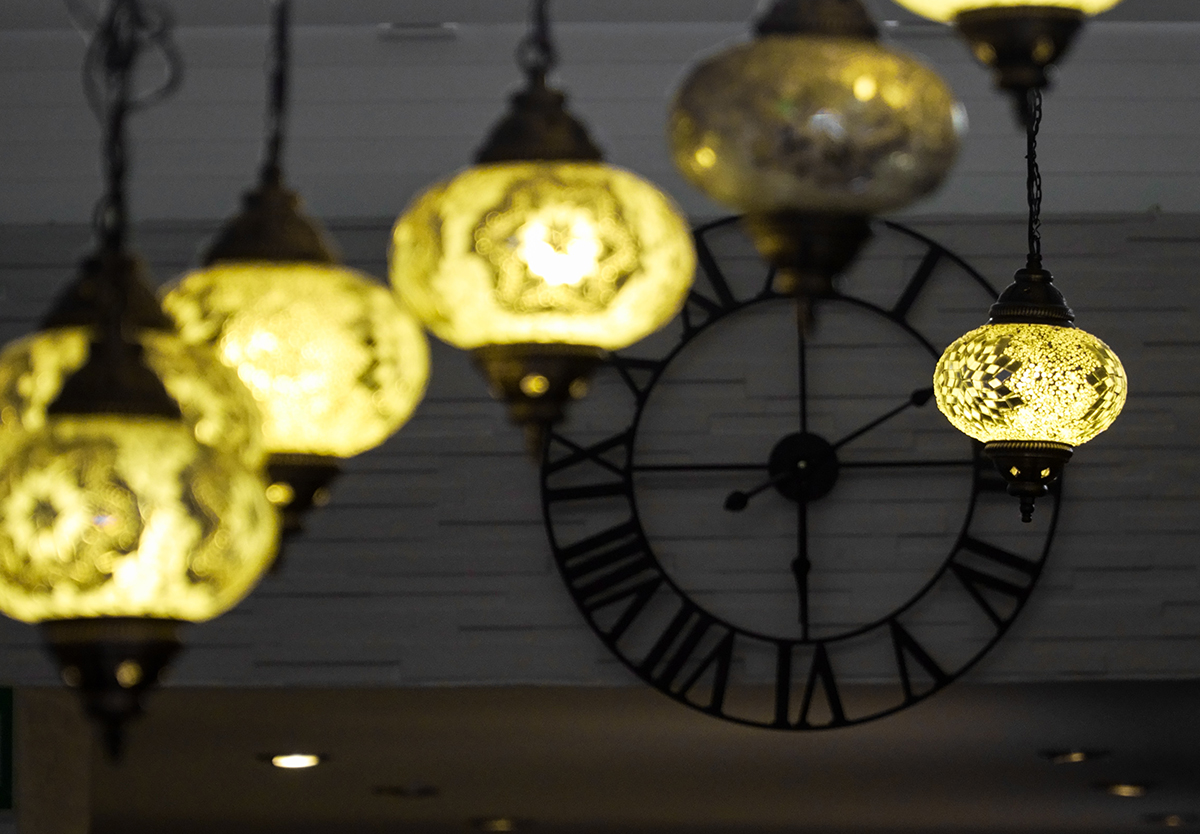 Zechariah’s angel guide tells him to snap out of his daze—these visions are not meant for his personal enjoyment, but for preaching to the people! In chapter 4, Zechariah sees two golden lampstands. Each has an olive tree feeding a giant oil bowl on top. Each bowl is attached to seven lamps, which in turn have seven “lips.” However you draw it, the lamps look like extensions of the olive trees.

God’s Spirit is the oil that lights the lamps of His people. Israel’s leaders, Joshua and Zerubbabel, are humble conduits. Like pastors, they simply pass along God’s own abundance. God was the one enabling the construction of the Temple, and God is the one who builds Christ’s church through the sacraments.

A Vision of a Golden Lampstand

4 And the angel who talked with me came again and woke me, like a man who is awakened out of his sleep. 2 And he said to me, “What do you see?” I said, “I see, and behold, a lampstand all of gold, with a bowl on the top of it, and seven lamps on it, with seven lips on each of the lamps that are on the top of it. 3 And there are two olive trees by it, one on the right of the bowl and the other on its left.” 4 And I said to the angel who talked with me, “What are these, my lord?” 5 Then the angel who talked with me answered and said to me, “Do you not know what these are?” I said, “No, my lord.” 6 Then he said to me, “This is the word of the Lord to Zerubbabel: Not by might, nor by power, but by my Spirit, says the Lord of hosts. 7 Who are you, O great mountain? Before Zerubbabel you shall become a plain. And he shall bring forward the top stone amid shouts of ‘Grace, grace to it!’”

8 Then the word of the Lord came to me, saying, 9 “The hands of Zerubbabel have laid the foundation of this house; his hands shall also complete it. Then you will know that the Lord of hosts has sent me to you. 10 For whoever has despised the day of small things shall rejoice, and shall see the plumb line in the hand of Zerubbabel.

“These seven are the eyes of the Lord, which range through the whole earth.” 11 Then I said to him, “What are these two olive trees on the right and the left of the lampstand?” 12 And a second time I answered and said to him, “What are these two branches of the olive trees, which are beside the two golden pipes from which the golden oil[a] is poured out?” 13 He said to me, “Do you not know what these are?” I said, “No, my lord.” 14 Then he said, “These are the two anointed ones[b] who stand by the Lord of the whole earth.”

Let's Talk! The Rev. Lance O'Donnell Is In: Fantasy in Children's Media