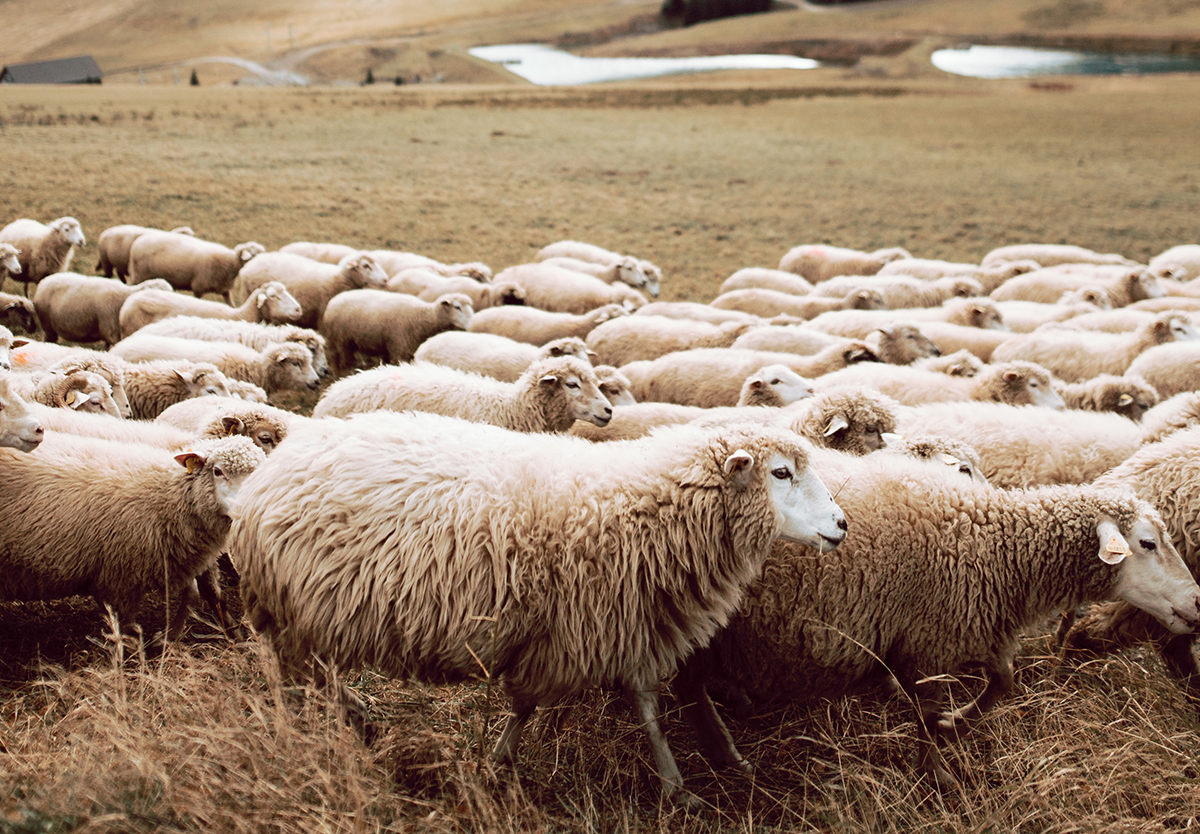 God’s wrath against “the shepherds” continues in Zechariah 11. This time, God has Zechariah become a literal shepherd for a month as a living parable for the people. He symbolizes the reality that God is our true shepherd, who guided His people with the staffs of “Favor” and “Union.”

In the end, the staffs are broken, and the people are given over to the “worthless shepherd who deserts the flock,” as Zechariah throws his 30 days’ wages into the Temple. The leadership of God’s people became corrupt, selling them out to the foreign powers that were slaughtering them. It was all upside down, both at the Maccabean Revolt but especially at our Lord’s birth, when Judas’s 30 pieces had to be thrown out of the Temple, not into it. Only Jesus is the Good Shepherd, the Priest and King who selflessly protects His people.

The Flock Doomed to Slaughter

4 Thus said the Lord my God: “Become shepherd of the flock doomed to slaughter. 5 Those who buy them slaughter them and go unpunished, and those who sell them say, ‘Blessed be the Lord, I have become rich,’ and their own shepherds have no pity on them. 6 For I will no longer have pity on the inhabitants of this land, declares the Lord. Behold, I will cause each of them to fall into the hand of his neighbor, and each into the hand of his king, and they shall crush the land, and I will deliver none from their hand.”

7 So I became the shepherd of the flock doomed to be slaughtered by the sheep traders. And I took two staffs, one I named Favor, the other I named Union. And I tended the sheep. 8 In one month I destroyed the three shepherds. But I became impatient with them, and they also detested me. 9 So I said, “I will not be your shepherd. What is to die, let it die. What is to be destroyed, let it be destroyed. And let those who are left devour the flesh of one another.” 10 And I took my staff Favor, and I broke it, annulling the covenant that I had made with all the peoples. 11 So it was annulled on that day, and the sheep traders, who were watching me, knew that it was the word of the Lord. 12 Then I said to them, “If it seems good to you, give me my wages; but if not, keep them.” And they weighed out as my wages thirty pieces of silver. 13 Then the Lord said to me, “Throw it to the potter”—the lordly price at which I was priced by them. So I took the thirty pieces of silver and threw them into the house of the Lord, to the potter. 14 Then I broke my second staff Union, annulling the brotherhood between Judah and Israel.

15 Then the Lord said to me, “Take once more the equipment of a foolish shepherd. 16 For behold, I am raising up in the land a shepherd who does not care for those being destroyed, or seek the young or heal the maimed or nourish the healthy, but devours the flesh of the fat ones, tearing off even their hoofs.

17 “Woe to my worthless shepherd,
who deserts the flock!
May the sword strike his arm
and his right eye!
Let his arm be wholly withered,
his right eye utterly blinded!”

Let's Talk! The Rev. Dr. Matthew Harrison Is In: Responding to Coronavirus