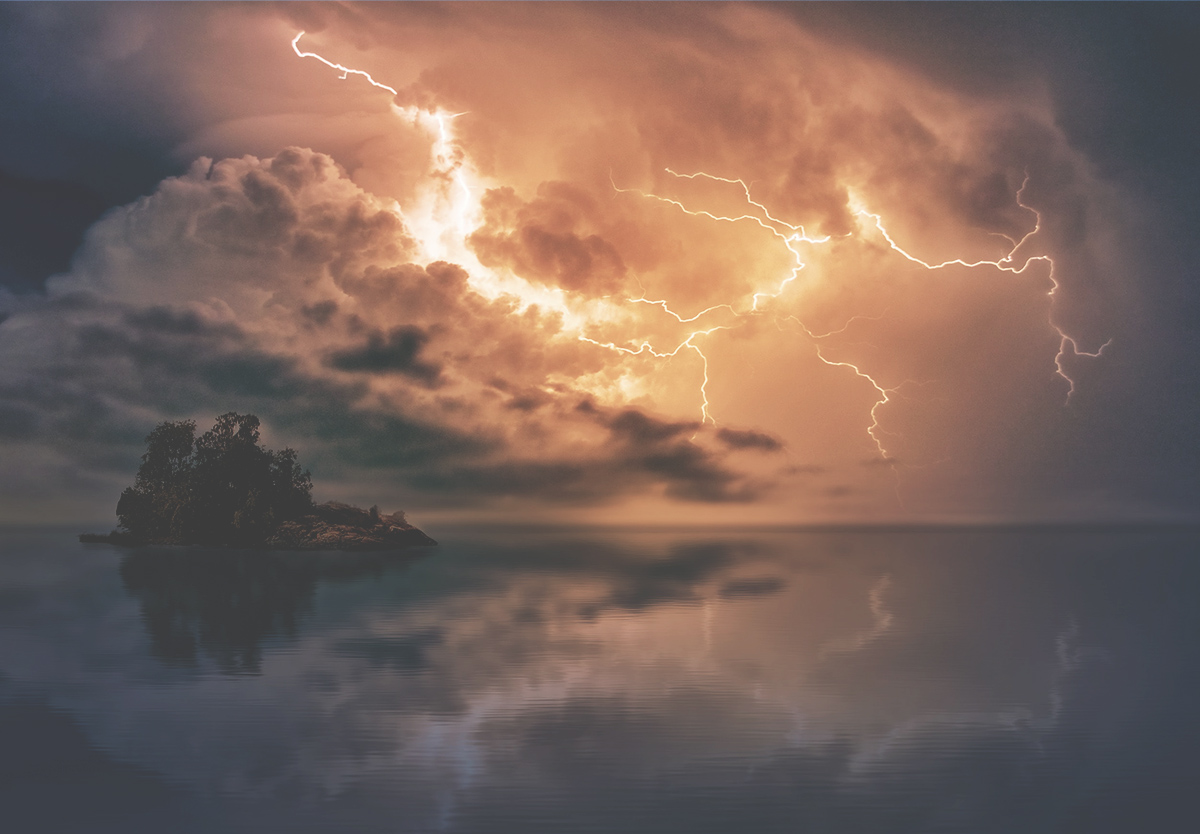 Home » Thy Strong Word – Revelation 4: Creation’s 4 With Us 24, Worship on Christ’s Glassy Sea

“On each side of the throne, are four living creatures, full of eyes.” In Revelation 4 John’s perspective is spirited away from Asia Minor to God’s throne room. Much is familiar—a door, the voice, white robes, the crowns. The church and our worship are windows to heaven. But there are these four living creatures and “twenty-four elders.”

The elders represent God’s people old and new, the tribes of Jacob’s twelve sons and the church of the Lord’s twelve apostles. The creatures, however, represent all creation: an ox for the livestock, a lion for the beasts of the field, an eagle for the birds of the heavens, and human face for mankind. They worship God “day and night” around “a sea of glass.” God is putting all six days’ creation into perfect order, removing all waves and chaos, perfecting what He started in Genesis. Christ gives us thrones and crowns that we might fall down in worship.

The Throne in Heaven

4 After this I looked, and behold, a door standing open in heaven! And the first voice, which I had heard speaking to me like a trumpet, said, “Come up here, and I will show you what must take place after this.” 2 At once I was in the Spirit, and behold, a throne stood in heaven, with one seated on the throne. 3 And he who sat there had the appearance of jasper and carnelian, and around the throne was a rainbow that had the appearance of an emerald. 4 Around the throne were twenty-four thrones, and seated on the thrones were twenty-four elders, clothed in white garments, with golden crowns on their heads. 5 From the throne came flashes of lightning, and rumblings[a] and peals of thunder, and before the throne were burning seven torches of fire, which are the seven spirits of God, 6 and before the throne there was as it were a sea of glass, like crystal.

“Holy, holy, holy, is the Lord God Almighty,
who was and is and is to come!”

11 “Worthy are you, our Lord and God,
to receive glory and honor and power,
for you created all things,
and by your will they existed and were created.”

Let's Talk! The Rev. Wayne Lawrence Is In: Worship During Pandemic