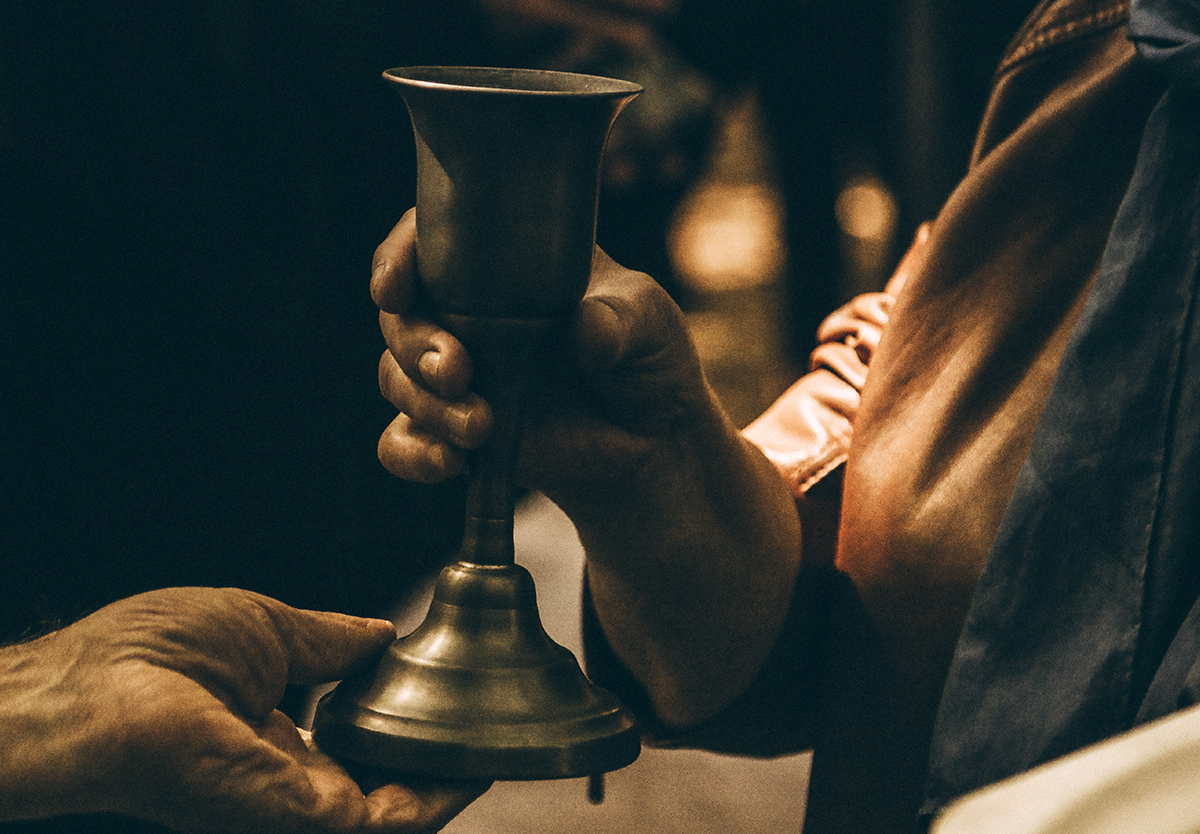 Home » Sharper Iron — All Righteousness Fulfilled: Jesus’ Gift to His Betrayer and Deserters

As the Passover meal approaches, Jesus continues to direct the events. He knows what is happening, and He goes forward willingly to save sinners. He declares to His disciples that one of them will betray Him. Though they all would feign greatness, Jesus reiterates that one of those who has eaten with Him will betray Him. Worse still, woe is declared to this one because he will never return from his evil deed in faith to the Lord. Judas reveals himself to be the one when he addresses Jesus as a mere rabbi. Such betrayal does not deter Jesus, however. He gives to His sinful disciples, those who are about to desert Him, the most precious meal. Jesus gives exactly what He says. With the bread, He gives His Body. With the wine, He gives His Blood. Even as the night progresses and Jesus informs the Eleven that they will all fall away, including three denials from Peter, this precious gift of His Body and Blood remains the center. This is the gift that Jesus gives precisely to sinners.

26 Now as they were eating, Jesus took bread, and after blessing it broke it and gave it to the disciples, and said, “Take, eat; this is my body.” 27 And he took a cup, and when he had given thanks he gave it to them, saying, “Drink of it, all of you, 28 for this is my blood of the[b] covenant, which is poured out for many for the forgiveness of sins. 29 I tell you I will not drink again of this fruit of the vine until that day when I drink it new with you in my Father’s kingdom.”

The Coffee Hour - Translating God's Word in Times of Pestilence