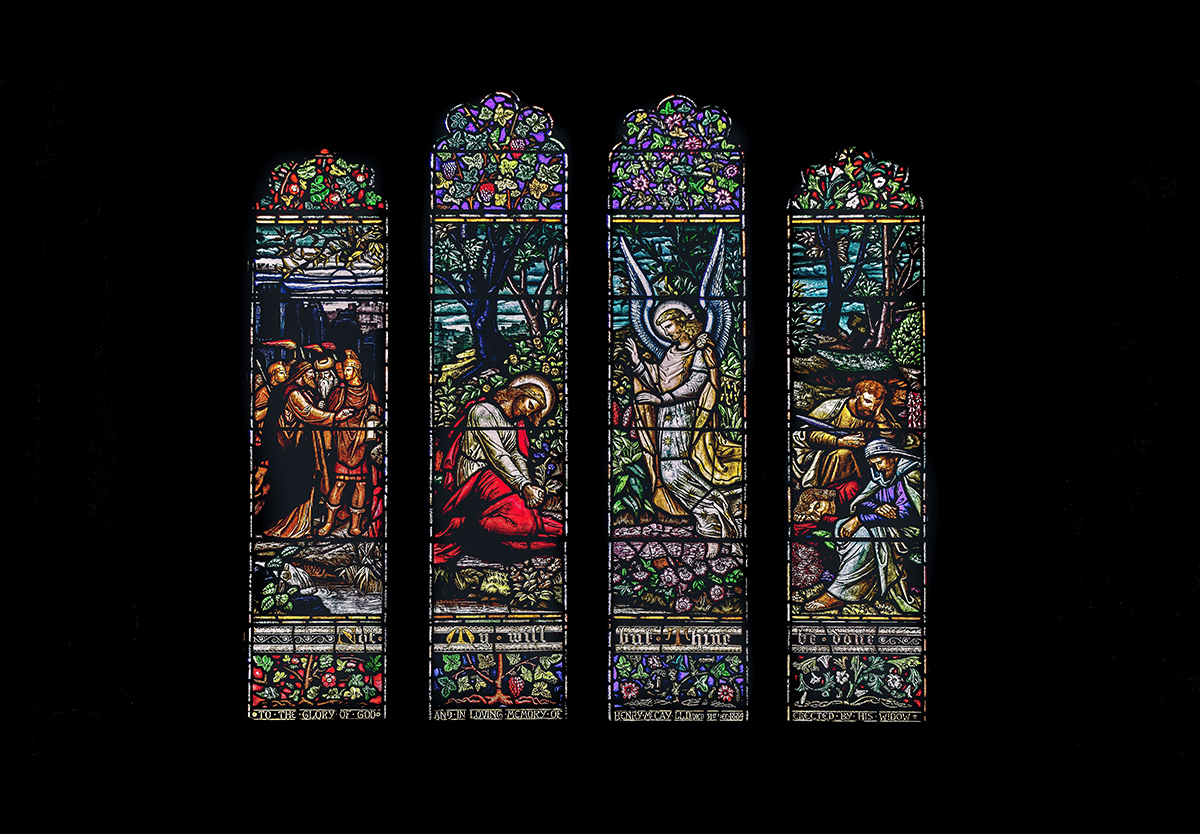 Jesus continues to fulfill the Scriptures and His own Words as He goes willingly into His Passion. As Jesus revealed Himself as God to Peter, James, and John in the glory of His transfiguration, now Jesus reveals Himself as God to the same three in the weakness of Gethsemane. Jesus’ prayer to the Father in both trembling and resolution brings us to marvel and rejoice at the mystery of the personal union of the divine and human natures in Christ. His three closest disciples fail to stay awake and pray, even as Jesus continues to fulfill the will of God for the salvation of sinners. Judas transforms the sign of friendship as the sign of betrayal, which Jesus receives willingly. He will not have His disciples prevent this with the sword, for His kingdom must come through the Word, not with force or violence. As Jesus continues forward in fulfillment of God’s Word, He does so deserted by His disciples, left alone, in order that those who have faith in Him are not left alone.

36 Then Jesus went with them to a place called Gethsemane, and he said to his disciples, “Sit here, while I go over there and pray.” 37 And taking with him Peter and the two sons of Zebedee, he began to be sorrowful and troubled. 38 Then he said to them, “My soul is very sorrowful, even to death; remain here, and watch[a] with me.” 39 And going a little farther he fell on his face and prayed, saying, “My Father, if it be possible, let this cup pass from me; nevertheless, not as I will, but as you will.” 40 And he came to the disciples and found them sleeping. And he said to Peter, “So, could you not watch with me one hour? 41 Watch and pray that you may not enter into temptation. The spirit indeed is willing, but the flesh is weak.” 42 Again, for the second time, he went away and prayed, “My Father, if this cannot pass unless I drink it, your will be done.” 43 And again he came and found them sleeping, for their eyes were heavy. 44 So, leaving them again, he went away and prayed for the third time, saying the same words again. 45 Then he came to the disciples and said to them, “Sleep and take your rest later on.[b] See, the hour is at hand, and the Son of Man is betrayed into the hands of sinners. 46 Rise, let us be going; see, my betrayer is at hand.”

Oratio: Son of the Father