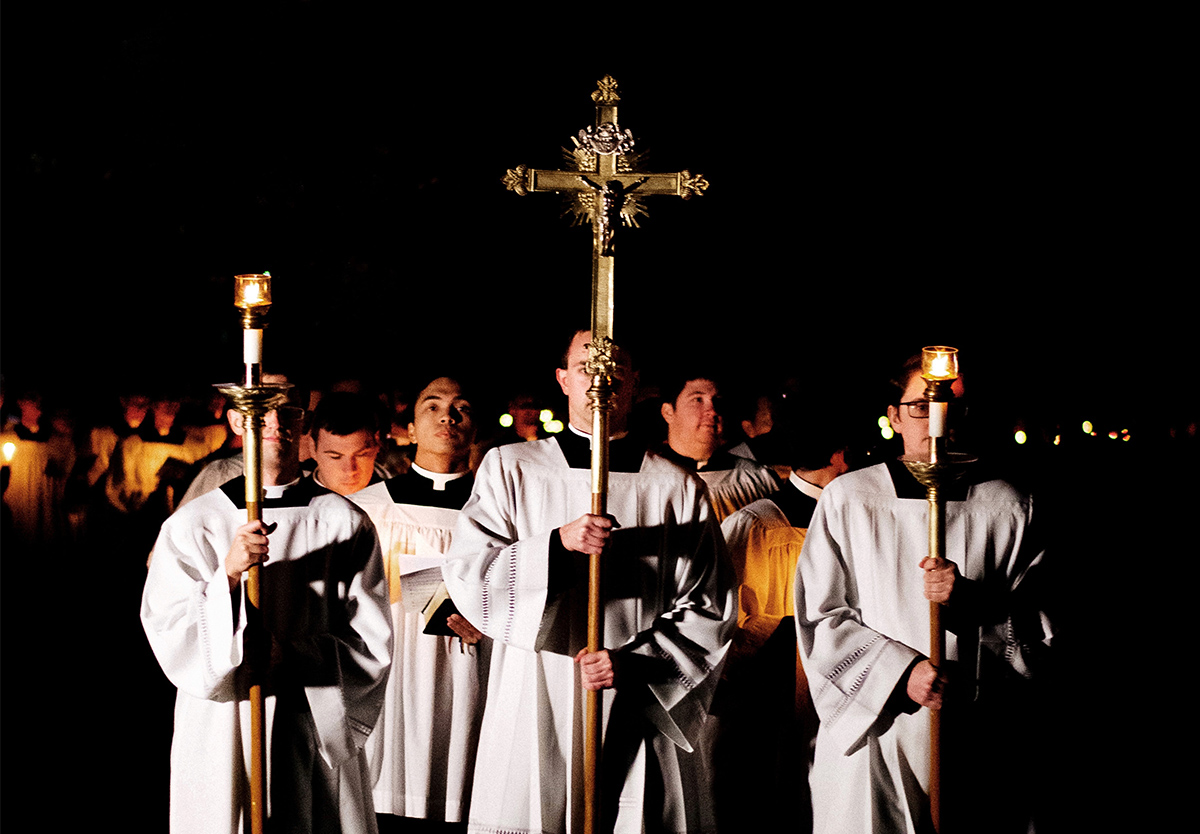 Home » Sharper Iron — All Righteousness Fulfilled: Jesus, the Innocent One

As Jesus is put on trial before the Sanhedrin, two opposing worldviews clash. Jesus is focused on the things of God, while His opponents only think the things of man. As the high priest, Caiaphas should have known the Scriptures and recognized Jesus as the true temple. Instead, he leads a sham trial with a predetermined verdict. Two witnesses finally recall words Jesus spoke about the destruction and restoration of the Temple. Though Jesus had spoken about His death and resurrection, the Sanhedrin once again only considers the worldly perspective. The high priest’s charge leads to Jesus’ confession of the truth that He is the Christ, the Son of God, and the Son of Man who will stand as their Judge. Though the high priest believes Jesus has convicted Himself, it is the high priest who convicts himself by unlawfully tearing his robes and by leading the Sanhedrin in angry mockery of Jesus. Throughout the text, Jesus remains the Innocent One in order to bestow His righteousness and holiness on sinners.

The Coffee Hour - Missionary Life in Uruguay during COVID-19 Pandemic