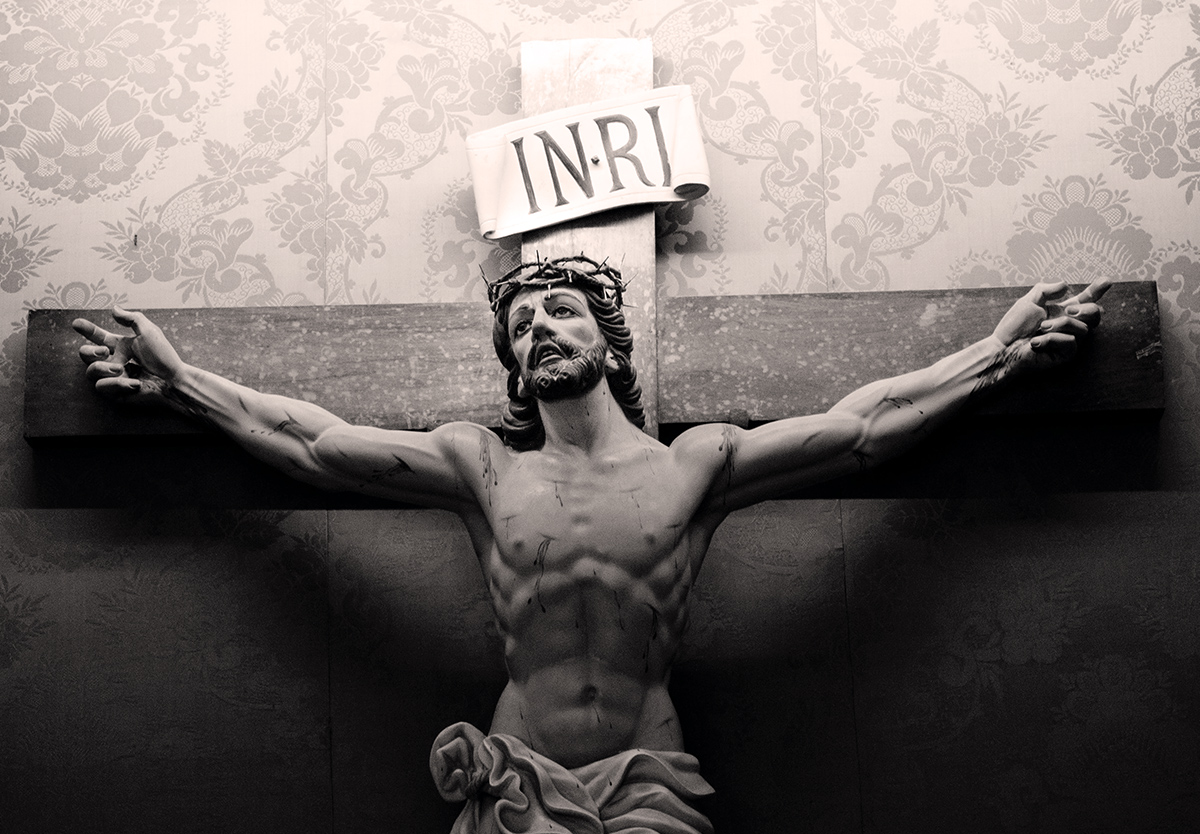 The mockery that Jesus faced in the midst of His trial before Pilate teaches an important truth for our salvation. Precisely through His suffering and death, Jesus reigns as King. Though the soldiers did not realize the truth of their actions in crowning Jesus with thorns, this truly was Jesus’ coronation as the King who reigns with forgiveness. Contrary to the natural expectation of sinners, the cross is Jesus’ glory. Matthew records the actual crucifixion with such simplicity to highlight all the events around it that teach us the great importance of the cross. As those looking on mock Jesus on the cross, the irony is stark. If Jesus saves Himself, He cannot save anyone. If Jesus comes down from the cross, He’s not worthy of any faith. Here the grace and glory of God are truly seen. Jesus does not come down from the cross, nor does He save Himself, in order to save sinners through faith in Him.

27 Then the soldiers of the governor took Jesus into the governor’s headquarters,[a] and they gathered the whole battalion[b] before him. 28 And they stripped him and put a scarlet robe on him, 29 and twisting together a crown of thorns, they put it on his head and put a reed in his right hand. And kneeling before him, they mocked him, saying, “Hail, King of the Jews!” 30 And they spit on him and took the reed and struck him on the head. 31 And when they had mocked him, they stripped him of the robe and put his own clothes on him and led him away to crucify him.

32 As they went out, they found a man of Cyrene, Simon by name. They compelled this man to carry his cross. 33 And when they came to a place called Golgotha (which means Place of a Skull), 34 they offered him wine to drink, mixed with gall, but when he tasted it, he would not drink it. 35 And when they had crucified him, they divided his garments among them by casting lots. 36 Then they sat down and kept watch over him there. 37 And over his head they put the charge against him, which read, “This is Jesus, the King of the Jews.” 38 Then two robbers were crucified with him, one on the right and one on the left. 39 And those who passed by derided him, wagging their heads 40 and saying, “You who would destroy the temple and rebuild it in three days, save yourself! If you are the Son of God, come down from the cross.” 41 So also the chief priests, with the scribes and elders, mocked him, saying, 42 “He saved others; he cannot save himself. He is the King of Israel; let him come down now from the cross, and we will believe in him. 43 He trusts in God; let God deliver him now, if he desires him. For he said, ‘I am the Son of God.’” 44 And the robbers who were crucified with him also reviled him in the same way.