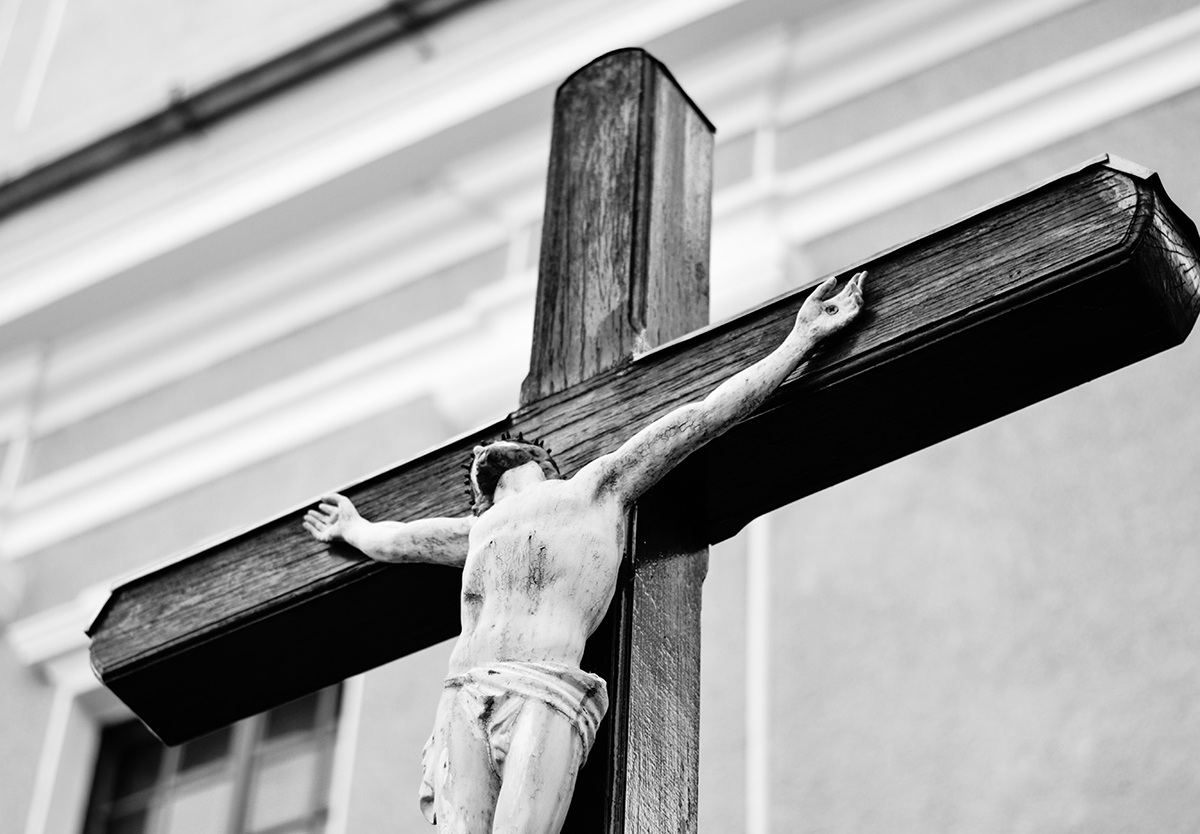 St. Matthew has been building to the point of Jesus’ death. As the moment approaches, all creation responds to the Day of Judgment that is being poured out upon Jesus. Darkness covers the land as Jesus, true God and true man, is forsaken by His Father. Here Jesus suffers in our place, bearing the fullness of God’s wrath that sinners deserve. The bystanders continue to misinterpret. As they rejected John as the Elijah who was to come, so they rejected Jesus as He dies on the cross. Jesus willingly gives His life in place of sinners according to the eternal will of God. This event causes several end times events to occur immediately. The temple curtain is torn in two, a sign that preaches both Law and Gospel. The earth shakes; the rocks split. Saints who had fallen asleep receive life at Jesus’ death. The centurion and soldiers who had overseen Jesus’ crucifixion are brought to faith in Jesus as the Son of God. The women at a distance witness all of it. Although they thought they had come to serve Jesus, they and all sinners were being served by Jesus.

The Coffee Hour - Journey and Battle in Holy Week Hymnody