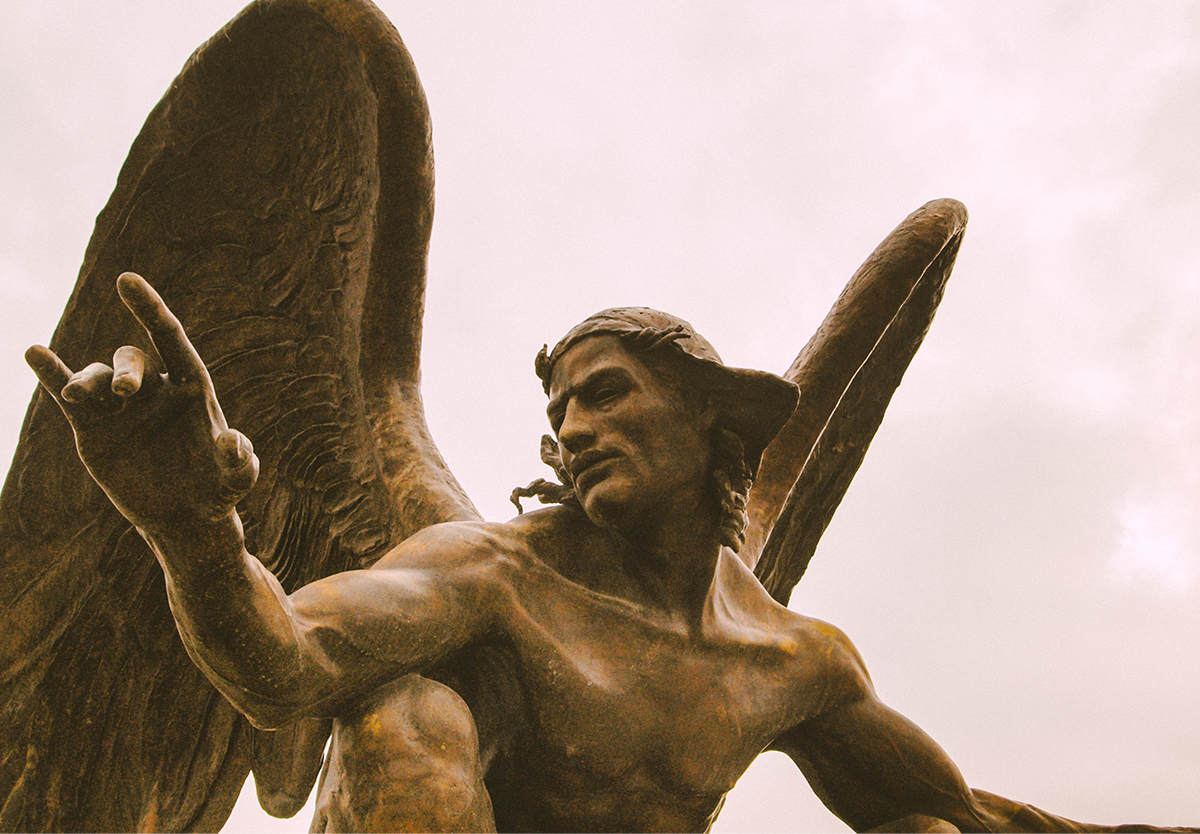 “Now war arose in heaven, Michael and his angels fighting against the dragon.” Chapter 12 introduces a ferocious dragon. Like the Seleucid beast of Daniel, it has ten horns, symbolizing earthly authority and force of power. Unlike any other beast though, it has seven crowned heads, symbolizing the heavenly authority of God.

The dragon is “red,” the color symbolizing Edom, the perennial enemy of God’s people. The Idumean King Herod tried and failed to kill the Lord Jesus as an infant. The army of 20,000 Idumean soldiers brought violence upon Jerusalem, but the church escaped to Pella. Whether in the form of Edom, Rome, or even Jerusalem in its apostasy, the spiritual power of Satan always accuses God’s people—but the accuser has been defeated in the ascension of our Lord Jesus Christ. All who are baptized in the Ascended Messiah’s name “have conquered him by the blood of the Lamb.”

The Woman and the Dragon

12 And a great sign appeared in heaven: a woman clothed with the sun, with the moon under her feet, and on her head a crown of twelve stars. 2 She was pregnant and was crying out in birth pains and the agony of giving birth. 3 And another sign appeared in heaven: behold, a great red dragon, with seven heads and ten horns, and on his heads seven diadems. 4 His tail swept down a third of the stars of heaven and cast them to the earth. And the dragon stood before the woman who was about to give birth, so that when she bore her child he might devour it. 5 She gave birth to a male child, one who is to rule[a] all the nations with a rod of iron, but her child was caught up to God and to his throne, 6 and the woman fled into the wilderness, where she has a place prepared by God, in which she is to be nourished for 1,260 days.

Satan Thrown Down to Earth

7 Now war arose in heaven, Michael and his angels fighting against the dragon. And the dragon and his angels fought back, 8 but he was defeated, and there was no longer any place for them in heaven. 9 And the great dragon was thrown down, that ancient serpent, who is called the devil and Satan, the deceiver of the whole world—he was thrown down to the earth, and his angels were thrown down with him. 10 And I heard a loud voice in heaven, saying, “Now the salvation and the power and the kingdom of our God and the authority of his Christ have come, for the accuser of our brothers[b] has been thrown down, who accuses them day and night before our God. 11 And they have conquered him by the blood of the Lamb and by the word of their testimony, for they loved not their lives even unto death. 12 Therefore, rejoice, O heavens and you who dwell in them! But woe to you, O earth and sea, for the devil has come down to you in great wrath, because he knows that his time is short!”

13 And when the dragon saw that he had been thrown down to the earth, he pursued the woman who had given birth to the male child. 14 But the woman was given the two wings of the great eagle so that she might fly from the serpent into the wilderness, to the place where she is to be nourished for a time, and times, and half a time. 15 The serpent poured water like a river out of his mouth after the woman, to sweep her away with a flood. 16 But the earth came to the help of the woman, and the earth opened its mouth and swallowed the river that the dragon had poured from his mouth. 17 Then the dragon became furious with the woman and went off to make war on the rest of her offspring, on those who keep the commandments of God and hold to the testimony of Jesus. And he stood[c] on the sand of the sea.

Let's Talk! The Rev. Lance O'Donnell Is In: False Idols