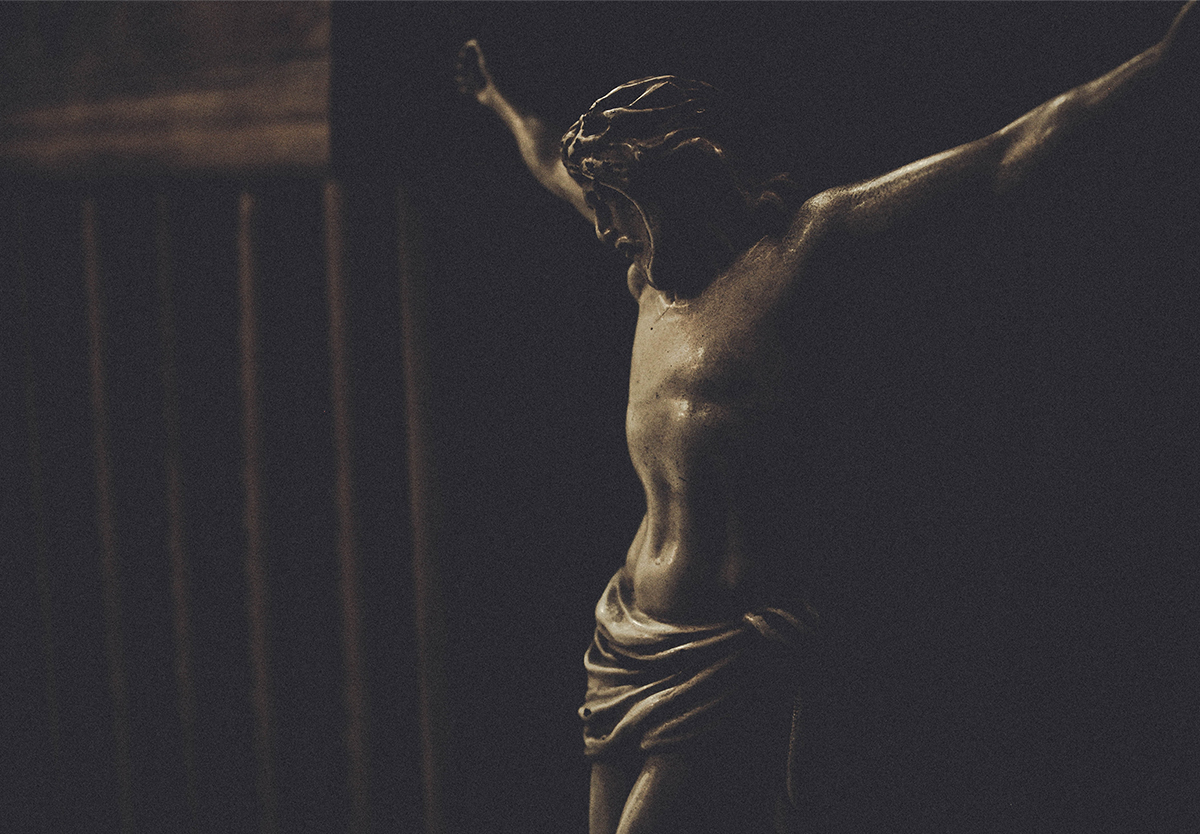 Home » Sharper Iron — The Righteousness of God for You: Righteous-ified through Faith in Jesus

St. Paul continues to expound upon Abraham as the example of the righteousness of God that comes through faith. The inheritance given to Abraham and his offspring depended not on works, but upon a promise. The background of Israel’s inheritance of the land shows quite clearly that a promise depends not on adherence to the law, but upon God’s promise. Apart from God’s promise, the law only brings wrath. With the promise, however, grace is freely given to Abraham and to all who share his faith. That makes Abraham the father of many nations, not according to his physical family tree, but according to his faith. This faith of Abraham is faith in Jesus Christ, the God who created all things out of nothing and who gives life to the dead. Abraham trusted in this promise, because he in his old age and Sarah in her barrenness were as good as dead. This faith, not works, was counted to Abraham as righteousness. This comforts us today, for God counts as righteousness to us this same faith in Jesus Christ, the Crucified and Risen Savior.

The Promise Realized Through Faith

13 For the promise to Abraham and his offspring that he would be heir of the world did not come through the law but through the righteousness of faith. 14 For if it is the adherents of the law who are to be the heirs, faith is null and the promise is void. 15 For the law brings wrath, but where there is no law there is no transgression.

16 That is why it depends on faith, in order that the promise may rest on grace and be guaranteed to all his offspring—not only to the adherent of the law but also to the one who shares the faith of Abraham, who is the father of us all, 17 as it is written, “I have made you the father of many nations”—in the presence of the God in whom he believed, who gives life to the dead and calls into existence the things that do not exist. 18 In hope he believed against hope, that he should become the father of many nations, as he had been told, “So shall your offspring be.” 19 He did not weaken in faith when he considered his own body, which was as good as dead (since he was about a hundred years old), or when he considered the barrenness[a] of Sarah’s womb. 20 No unbelief made him waver concerning the promise of God, but he grew strong in his faith as he gave glory to God, 21 fully convinced that God was able to do what he had promised. 22 That is why his faith was “counted to him as righteousness.” 23 But the words “it was counted to him” were not written for his sake alone, 24 but for ours also. It will be counted to us who believe in him who raised from the dead Jesus our Lord, 25 who was delivered up for our trespasses and raised for our justification.

The Coffee Hour - Toll of COVID-19 Pandemic on Rural Communities