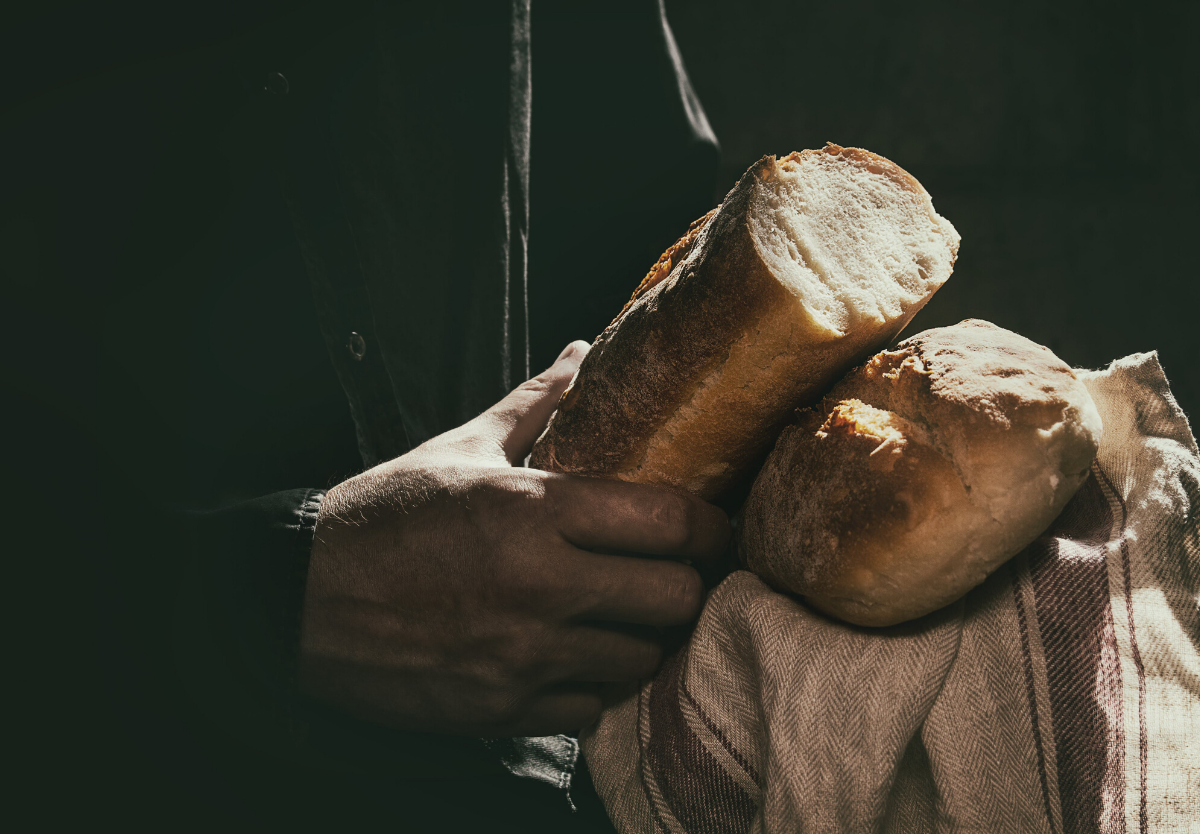 “In the evening quail came up and covered the camp, and in the morning dew lay around the camp.” Ravenous locusts and destructive hail were still fresh memories in Exodus 16, so the message was loud and clear when God worked these two anti-plagues to provide meat and bread for his people. God also used the dew-like and honey-flavored bread to patiently teach His children about the Sabbath, even before He instituted it. He gave them a foretaste of the feast to come in the “land flowing with milk and honey,” just as Christ’s body and blood let us participate in the resurrection of the world to come.

4 Then the Lord said to Moses, “Behold, I am about to rain bread from heaven for you, and the people shall go out and gather a day’s portion every day, that I may test them, whether they will walk in my law or not. 5 On the sixth day, when they prepare what they bring in, it will be twice as much as they gather daily.” 6 So Moses and Aaron said to all the people of Israel, “At evening you shall know that it was the Lord who brought you out of the land of Egypt, 7 and in the morning you shall see the glory of the Lord, because he has heard your grumbling against the Lord. For what are we, that you grumble against us?” 8 And Moses said, “When the Lord gives you in the evening meat to eat and in the morning bread to the full, because the Lord has heard your grumbling that you grumble against him—what are we? Your grumbling is not against us but against the Lord.”

22 On the sixth day they gathered twice as much bread, two omers each. And when all the leaders of the congregation came and told Moses, 23 he said to them, “This is what the Lord has commanded: ‘Tomorrow is a day of solemn rest, a holy Sabbath to the Lord; bake what you will bake and boil what you will boil, and all that is left over lay aside to be kept till the morning.’” 24 So they laid it aside till the morning, as Moses commanded them, and it did not stink, and there were no worms in it. 25 Moses said, “Eat it today, for today is a Sabbath to the Lord; today you will not find it in the field. 26 Six days you shall gather it, but on the seventh day, which is a Sabbath, there will be none.”

31 Now the house of Israel called its name manna. It was like coriander seed, white, and the taste of it was like wafers made with honey. 32 Moses said, “This is what the Lord has commanded: ‘Let an omer of it be kept throughout your generations, so that they may see the bread with which I fed you in the wilderness, when I brought you out of the land of Egypt.’” 33 And Moses said to Aaron, “Take a jar, and put an omer of manna in it, and place it before the Lord to be kept throughout your generations.” 34 As the Lord commanded Moses, so Aaron placed it before the testimony to be kept. 35 The people of Israel ate the manna forty years, till they came to a habitable land. They ate the manna till they came to the border of the land of Canaan. 36 (An omer is the tenth part of an ephah.)[c]